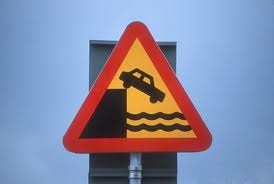 Came across something pretty cool today while browsing blogs: hint fiction. So hint fiction is where you tell a story of 25 words or less that gives hints at a larger and more complex storyline. Apparently this idea comes from an upcoming book called…well…Hint Fiction lol.

I read a few and one from flashfiction.net really stood out for me, it’s fiction but it probably tells the story of a million real people out there:

This boy catches balls, divides fractions, won’t die if he drinks milk, grabs flags off the other team’s players. My dad loves this other boy.

Good huh? I think this is a really interesting concept and it got me wanting to write some myself.

One problem though, I’m not very good at writing fiction. I mainly like to look at situations or people or whatever and find the stories in them (does that make sense?), with extra points if the story is something that most people would never have seen on their own. This applies to stories in my own life too, many which I missed or didn’t fully understand the first time around.

Never one to let lack of talent stop me from doing something fun, I thought it would be cool to try something like hint fiction but with memoirs instead. Here’s my first try it’s the story of something that happened to Jennifer and I when we were teenagers on a drive from Fairbanks to Anchorage:

Owner of the car we’re in coming toward us in opposing lane. Panic! Swerve car hard into turnoff. “Turnoff” drops to deep river, oh shit.

What do you think? It was fun to think back on things from my life that could be told in a way that hinted at a bigger story. I mean there’s tons! I’ll try to post one every day…we’ll see if I can keep up with it. Feel free to post your own hint memoirs in the comments too if you want I’d love to read em.