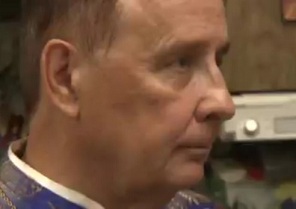 **UPDATE** “Sir” Patrick is a dangerous fraud. He was never knighted and is actually a convicted sex offender who has a ton of aliases, his original name is Roger Eldon Floyd Sisson (the first) and he is from Michigan where he lived with his parents. Yes he does have a family, quite a few actually and many children whom he has abandoned.

After his real history was uncovered he fled from Florida and is now living in California mainly under the alias ‘Prince Dr. Khristian Knight’. Yes, seriously. To find out more about his criminal history see ‘The Troubling History’ post.

He uses hundreds of online ‘dating’ profiles for predatory purposes so watch out for this man or you might end up with empty pockets or worse. He’s required to register as a sex offender so if you know of him violating any of the registry laws please contact the police.

I know that there’s a lot to take in on the various blog posts and the hundreds of comments about and by him here. If you have any questions or need the Cliff Notes on things feel free to contact me via this link.

To see what happens after he is able to lure his victims to his house go to this post on the SP Info page:

Who out there has seen that Hoarder’s episode with Sir Patrick? What a story! He was such an epic hoarder that he even hoarded words in his name, which he claimed was: Sir Colonel Dr. Patrick Donovan Flannagan O’Shannahan. 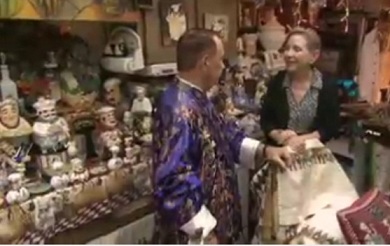 Sir Patricks’ house was filled with wall to wall collectibles…dolls, vases, statues, paintings, really all kinds of miscellaneous tchotchkes…each one highly fragile. They covered every surface and you had to turn sideways just to walk through much of his house. The overall effect of his decor was a sort of ceramic fantasy land of prettiness that he called Camelot, an escape from the stresses of life and a bad childhood.

How bad was the childhood? He says he was found in a coal bin in Ireland and had to grow up in an orphanage before being brought over to the US by a priest. Then he says later in life he went on to serve in the military and became a doctor/tunnel rat in Vietnam that earned many medals. Oh and he was knighted (hence the Sir in Sir Patrick) after saving two royals from certain death during the war. Wha? Yeah. 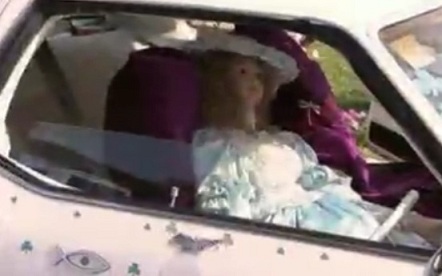 During the show Sir Patrick was faced with the difficult task of having to sell some of his most beloved possessions to keep himself out of bankruptcy that was looming due to the purchase of…well all those beloved items.

He is addicted to buying stuff for his collections and even his car was decked out with glittery knick knacks and a life-sized doll perpetually sat in the passenger seat.

But when the layers of stuff started to get peeled back they revealed an underworld of roaches living beneath all the pretty decorations. 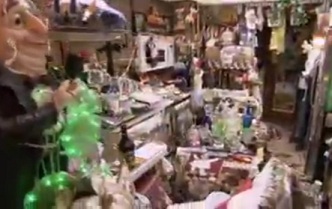 To me it seemed like Sir Patrick was using storytelling to cloak his true self and history. There’s been a lot of talk on message boards about how it would have been impossible for him to earn all those medals, or even serve in all the wars the medals came from. But regardless of the authenticity of the medals I think most people would agree that the majority of his story simply seems…improbable.

That said, it was very easy to be swept up by his epic storytelling skills. The sheer volume of his fantastical things, wacky outfits, and enthusiasm made for a story that just sucked you into his world. His storytelling set the stage and at the center of it all was the larger than life self that he had created: Sir Colonel Dr. Patrick Donovan Flannagan O’Shannahan.

No doubt he is a guy who loves stories, fiction stories more than anything. But for all his great stories at the end of the episode I was left wondering who he really was…

(actually it’s only the first part now) here on the Hoarder’s website.

*UPDATE: Following an anonymous tip that was posted in the comments section here I decided to do some research into Sir Patrick’s history. Turns out he’s a convicted felon and his true past doesn’t match up with the stories he’s been telling. See this post for more: The Troubling History Of ‘Sir’ Patrick O’Shannahan, Epic Hoarder And Convicted Felon’

*UPDATE 9/28 Posted a follow up to this blog called Brides For Camelot, Some Digital Footprints Of Sir Patrick O’Shannahan

*UPDATE#2 9/28 Some readers of this post may be interested in a related comment by Steve Vallillo in my Contact section. He says that I singlehandedly ruined a multi-million dollar tv deal for him and Sir Patrick.

Also, I would be killed if I didn’t live in such a far away place like Alaska. However he did stick to the polite road when it came to curse words, which was nice. Here’s the rest:

*UPDATE#3 9/28 Sir Patrick responds to this blog post and others. Well I’m not even sure how to summarize what he said so here’s the link:

*UPDATE 10/2 Started a Sir Patrick forum in the message board as an alternative to the comments section here.

*UPDATE 10/3 Looks like I got a very ugly and possibly drunken email from Steve thing morning.

I agree with EdM’s comment on this blog about the key to Sir Patrick’s past being in Michigan. I followed this same trail last night and have privately messaged one of the possible family members.

I am concerned for their privacy (especially the girl’s) in light of his history. They might not be aware of what he’s doing nowadays or have seen the show.

I am waiting for the family response before posting any other findings.

Well that settles the privacy concerns…his family has posted in the comments sections in the various blogs about him. Sir Patrick Donnovan O’Shannahan is even more despicable than I had thought and it took a lot to pass that!

The girl he associates with the bedroom dolls is his own daughter!!!!!!!!!!!!!!!!!!!! Sorry for all the exclamation marks but I am thoroughly disgusted. I’m in contact with his family and am trying to sort out the true story of Sir Patrick aka Roger E F Sisson.

Will write more later, I’m sorry I haven’t had a chance to respond to all your comments yet got a lot going on today. Check out the comments left by his family and please be very kind to these poor people who have had to live through a lot.

You can read more about Sir Patrick’s many identities here: