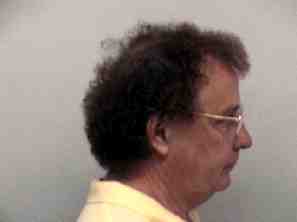 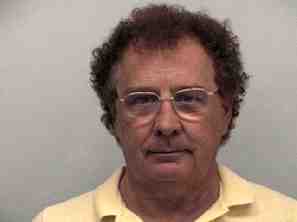 **UPDATE** “Sir” Patrick is a dangerous fraud. He was never knighted and is actually a convicted sex offender who has a ton of aliases, his original name is Roger Eldon Floyd Sisson (the first) and he is from Michigan where he lived with his parents. Yes he does have a family, quite a few actually and many children whom he has abandoned.

After his real history was uncovered he fled from Florida and is now living in California mainly under the alias ‘Prince Dr. Khristian Knight’. Yes, seriously.

He uses hundreds of online ‘dating’ profiles for predatory purposes so watch out for this man or you might end up with empty pockets or worse. He’s required to register as a sex offender so if you know of him violating any of the registry laws please contact the police.

I know that there’s a lot to take in on the various blog posts and the hundreds of comments about and by him here. If you have any questions or need the Cliff Notes on things feel free to contact me via this link.

To see what happens after he is able to lure his victims to his house go to this post on the SP Info page:

When I wrote in the ‘Sir Patrick, Epic Hoarder‘ blog wondering about Sir Patrick’s true history little did I know that it would open a can of worms in the comments section…and would actually lead to some answers.

First came comments from two people who identified themselves as friends of Sir Patrick. One identified himself as Steve Vallilo, the person who had called Hoarders in hopes of helping Sir Patrick pay off the steep amount of debt he is in. The comment gave more details of Sir Patrick’s story as well as stating his birthday is September 24 (this date is important so keep it in mind for later).

The second didn’t want to leave a name, but instead left a long post detailing in fantastical language the story of Sir Patrick. Which apparently involves a conspiracy headed by John McCain, Sir Patrick’s classified status (see, that’s why you can’t find any military records on him), and the fact that he resembles Jesus Christ. Wha? Yeah.

I spent several hours (seriously, because I’m like that lol) searching public records trying to find any bit of evidence that might verify the fantastical sounding stories of Sir Patrick being knighted by Prince Charles, spending seven years in a POW camp, conspiracies by McCain etc…but found nothing.

Then this morning came a comment from somebody identifying themselves only as a concerned citizen:

Did you check the Charlotte County Sheriff’s booking website? He is there as a registered convicted felon. Also look under the POW/phonies web site. the other name is there.

Holy convicted felon Batman! A quick search on Google turned up a site listing people who are known to be POW phonies that listed Sir Patrick’s other identities:

Another quick trip to Google turned up a booking sheet from the Charlotte Country Sherrif’s Office confirming that yes indeed Sir Patrick is a convicted felon. But there was one problem, it was just a check in so it didn’t say what he had been convicted of.

I searched and searched trying to find the source of the conviction but only turned up judgements against him where he was ordered by the courts to pay people the money he owed them. I asked my awesome, lovely wife if she would be willing to search a bit because she’s good at that stuff and she found…

Oh my god he’s a convicted sex offender! A search for one of Sir Patrick’s known alternate identities (Roger Sisson) turned up this profile on the Family Watchdog site:

The description matches the description in the Charlotte County Sheriff’s office booking, including the birth date (September 24th) and his unusually short height (5’4″). And of course the picture says it all.

The Family Watchdog profile and the Missouri Sex Offender Registry profile detail that Sir Patrick (aka Roger Sisson) was convicted in 1981 of a sexual assault that happened in 1979. Under aliases they also list a name (Arthur Richards) that was mentioned on the POW phonies site under Sir Patrick’s profile. And another of the aliases…Patrick Donovan Oshannahan.

The Missouri Sex Offender Registry reports him as failing to register, whereabouts unknown.

So yeah, I think it would be kind of hard for Sir Patrick to be knighted by Prince Charles considering that same year he was being convicted of sexual assault. Just sayin.

I’m posting this after spending all afternoon and evening looking into Sir Patrick’s true history and have unfortunately run out of time. Oh man there is so much more I want to write!! I will be looking into this more when I get more time and I’ll post what I find. But the basic trail and links are all here, what do you think about it all?

Special thanks to my wife for all her help with this and of course to Concerned Citizen for the illuminating tip off! This is information that should be out there in the public’s awareness, especially in Sir Patrick’s area.

*UPDATE 9/17: I just found a section of the Missouri Sex Offender profile of Sir Patrick that I missed before. It lists all the aliases that they know him to use:

*UPDATE 9/28 Posted a follow up to this blog called Brides For Camelot, Some Digital Footprints Of Sir Patrick O’Shannahan

*UPDATE#2 9/28 Some readers of this post may be interested in a related comment by Steve Vallillo in my Contact section. He says that I singlehandedly ruined a multi-million dollar tv deal for him and Sir Patrick.

Also, I would be killed if I didn’t live in such a far away place like Alaska. However he did stick to the polite road when it came to curse words, which was nice. Here’s the rest:

*UPDATE#3 9/28 Sir Patrick responds to this blog post and others. Well I’m not even sure how to summarize what he said so here’s the link:

*UPDATE 10/2 Started a Sir Patrick forum in the message board as an alternative to the comments section here.

*UPDATE 10/3 Looks like I got a very ugly and possibly drunken email from Steve thing morning.

I agree with EdM’s comment on this blog about the key to Sir Patrick’s past being in Michigan. I followed this same trail last night and have privately messaged one of the possible family members.

I am concerned for their privacy (especially the girl’s) in light of his history. They might not be aware of what he’s doing nowadays or have seen the show.

I am waiting for the family response before posting any other findings.

Well that settles the privacy concerns…his family has posted in the comments sections in the various blogs about him. Sir Patrick Donnovan O’Shannahan is even more despicable than I had thought and it took a lot to pass that!

The girl he associates with the bedroom dolls is his own daughter!!!!!!!!!!!!!!!!!!!! Sorry for all the exclamation marks but I am thoroughly disgusted. I’m in contact with his family and am trying to sort out the true story of Sir Patrick aka Roger E F Sisson.

Will write more later, I’m sorry I haven’t had a chance to respond to all your comments yet got a lot going on today. Check out the comments left by his family and please be very kind to these poor people who have had to live through a lot.

You can read more about Sir Patrick’s many identities here: