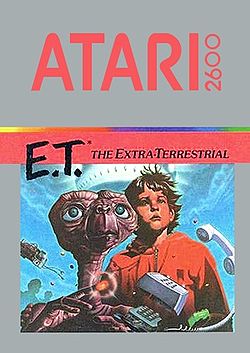 In 1983 Atari crushed millions of unused video game cartridges, dumped them into a landfill, and poured concrete over all of it for good measure.

Why? They got greedy and overproduced crappy games like the adaptation of the movie E.T. They actually made more E.T. game cartridges than there were Atari consoles in existence at that time (genius!), figuring they’d use the movie’s worldwide popularity to somehow sell such a large amount. However, things didn’t go as planned…

Production of the game was rushed to get it out in time for the Christmas buying season and Atari even decided to skip audience testing of the game to speed things along (or maybe they just didn’t want it in writing that the game seriously sucked).

The result of all this was a game that’s regarded by many as one of the worst video games of all time due to it’s bad graphics (even by old-school Atari standards) and terrible game play.

Prophetically, much of the game had E.T. stuck in some crappy ditch: 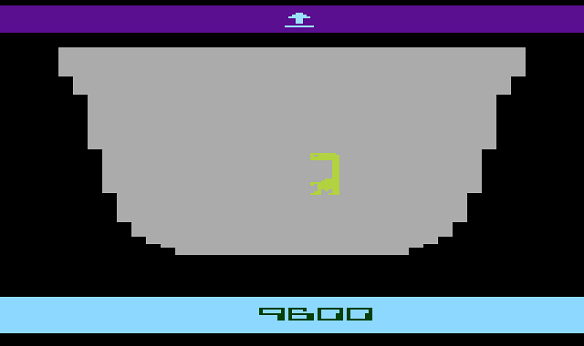 But despite the lameness of the game it sold well during the Christmas season of 1982 due to it’s association with the well loved movie and the fact that nobody had played the game yet so word hadn’t gotten out about it’s actual lameness.

Things might have turned out fine for Atari except that they had put the whole overproduction strategy into play and now had millions of unsold cartridges that nobody wanted. 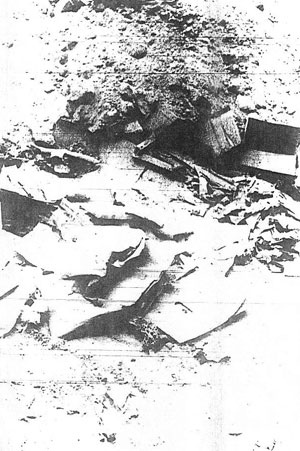 The E.T. game debacle was only one of many such situations for Atari during that time and they found themselves facing a new problem: what to do with all the unwanted game cartridges.

In September of 1983 a long line of semi-trucks carrying Atari games traveled to a New Mexico landfill. Atari chose that particular landfill because no scavenging was allowed and the trash was crushed and buried every night.

Word soon got out out in the media about the true nature of what was happening. People in the area around the landfill began to protest what they felt was becoming an industrial waste dump for Atari’s mistakes. The landfill was forced to stop accepting Atari’s truckloads of trash and laws were passed to stop that kind of thing from happening again in the area. 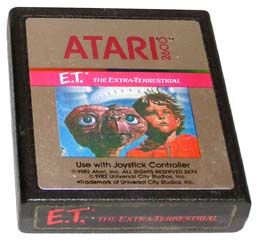 The whole Atari mass mint condition video game burial in a landfill story was so fantastical that over the years people started to think that it was just another false urban legend. But there’s a lot of compelling evidence that this mass burial of E.T. games really happened.

Turns out some urban legends can actually be true, even if they are buried under a ton of concrete.