The Story Of The Pioneer Plaque 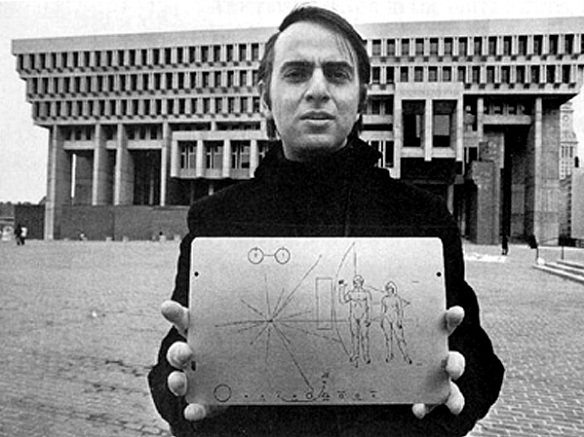 Pioneer 10 was the first object made by humans to ever go past the solar system and travel into the universe at large.

It was a spacecraft that was sent by NASA to methodically snap photos of Jupiter and beam them back to Earth. But it also carried with it pictures of it’s own that were etched into a small golden plaque.

These pictures are intended to communicate very specific stories to anyone or anything Pioneer 10 might come across in it’s voyage across the galaxy. 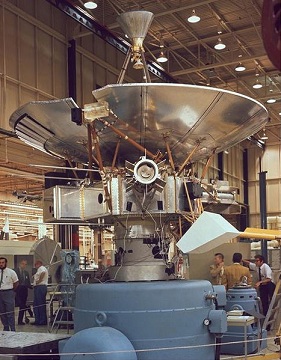 NASA didn’t originally intend to send such an unusual object out with Pioneer 10. Trying to communicate far in the future with aliens in some remote corner of the galaxy was something the cautious bureaucracy definitely did not want to venture into back then.

It was only through the efforts of someone as dedicated and charismatic as Carl Sagan that it even had a remote chance of being approved by NASA administrators.

Sagan had been approached by two people who had heard that Pioneer 10 was set to be the first spacecraft to ever leave the solar system and they had come up with an idea of sending a message out with it.

They knew that Sagan was the only person at the time who had the combination of the right connections within NASA, enthusiasm for the idea of communicating with any living beings outside of Earth, and solid will to see it through. When Sagan heard their proposal he thought it was an awesome idea and set out to make it happen.

After much bureaucratic wrangling (and even reportedly one person just going up to Pioneer 10 and putting the plaque on without approval) Sagan was able to get the ok from the higher ups in NASA to send a message out with the spacecraft.

There was only one problem, NASA said the plaque had to be done in three weeks or not at all.

MESSAGE TO THE STARS

But how do you come up with something as important and complex as this in such a short amount of time? And how do you even begin to choose what to say or not say?

On top of these concerns was also the added pressure that NASA might decide at the last minute not to send the plaque out because of some detail in it that they didn’t agree with. With a three week deadline Carl Sagan knew that there would be no time for negotiating with such a large bureaucracy.

He set out to design the plaque with his then wife Linda Salzman-Sagan who was an artist and Frank Drake, the scientist famous for coming up with the Drake Equation. Together they came up with pictures that could communicate to a non-human entity the story of the beings that created and sent out Pioneer 10, or as Sagan put it:

They assumed that the common language between both us and the aliens are based on science and math. I won’t go into all the details of the plaque since some of it is pretty complicated, but here’s the basics:

This drawing that looks like Kermit The Frog’s eyeballs represents a lot of stuff but basically it’s hydrogen. It acts as a kind of yardstick for the other things represented in the plaque. 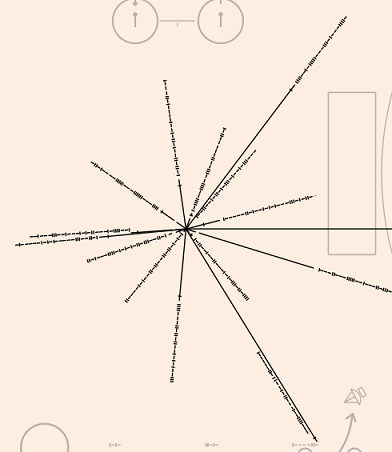 This is basically a map and a time stamp.

It shows the position of the Sun (and thus Earth as well) in relation to the center of the galaxy and different pulsars. The information included about the pulsars also says when in time Pioneer 10 was launched.

You might be able to figure this one out just by looking at it.

This is a drawing of the solar system that shows how the Pioneer 10 spacecraft came from Earth and the path it took to swing past Jupiter and out into the greater galaxy. 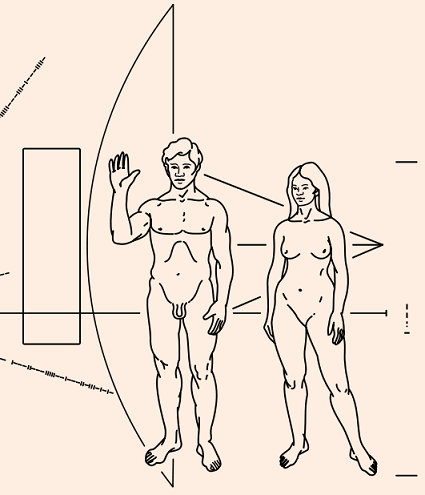 Humans. Arguably the most important part of the plaque it was, however, a very difficult part to deal with.

Sagan realized that this section could potentially be the undoing of the project because of it’s high probability to be a lightning rod for criticism from NASA and the public.

The main problem was that it was essential to show the humans naked. Otherwise what kind of clothes would you put them in? There isn’t a certain kind of clothing that would be representative of the entire human race and on top of that non-Earth beings might think that the clothes are actually part of our bodies.

Still, Sagan knew they were pushing the bureaucratic envelope with (gasp!) the nakedness of the humans in the picture. To minimize the risk of it being rejected he asked his wife, who was doing the art for the plaque, to not 100% accurately depict the woman’s genitalia since that’s what was likely to offend NASA administrators the most.

Oh yes, I’d love to say that last part wasn’t true but it is. It’s just a sad reality of the atmosphere of the time and the cloud Sagan and his team worked under.

Finally, a scale drawing of the Pioneer 10 spacecraft is set in the background to give an idea of the general proportions of humans. 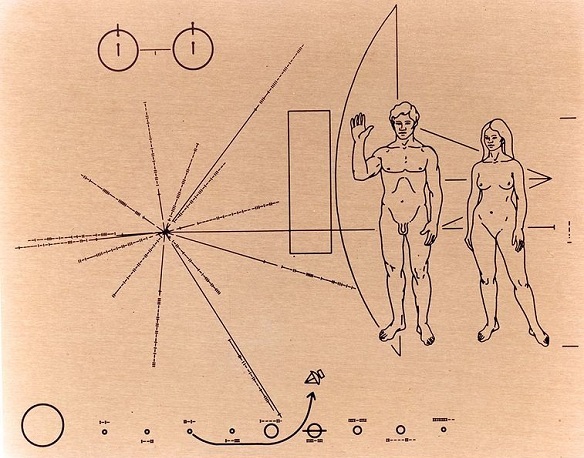 This is how the Pioneer Plaque looked in it’s completed state, the pictures were etched on to gold covered aluminum by a local company. 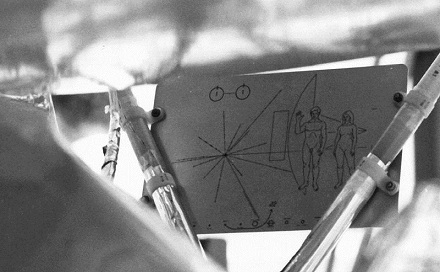 NASA administrators approved the plaque and it was bolted onto a part of Pioneer 10 that would shield it from damage done by interstellar dust. The existence of the plaque was then announced to the public in the remaining days before launch.

Public reaction was mostly positive. Though people didn’t quite understand some of the intricate details of the message they thought it was interesting to have something so unusual coming out of NASA.

Naysayers of the plaque tended to be people of the conservative variety (many of the loudest were politicians) who said that the whole thing was pornographic and ‘Sending smut to the stars‘.

Things progressed on schedule and on March 2, 1972 the plaque was launched into space to ride along with the Pioneer 10 mission and it’s ultimate fate of going far beyond the solar system.

In the years since it’s launch there’s been both praise and criticism towards the design of the plaque. Some people say that the pictures were too simplistic, or should have included this or that particular detail, or that aliens would never understand such a thing.

Personally I think Carl Sagan and all the other people who worked on the project did a great job with it and navigated some amazingly tough problems and situations with grace.

They kept the common good in mind through all the bs they had to deal with. And it was only due to their vision and hard work that Pioneer 10 (and later it’s sister ship Pioneer 11) carries a message that will go through unimaginable amounts of time and space.

Long after the Sun goes through the end of it’s life cycle and destroys the Earth, Pioneer 10 will be out there carrying the story of us… 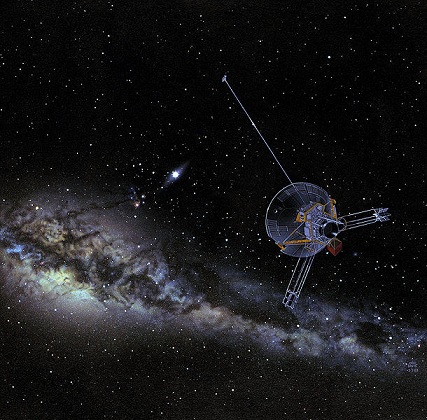