The Star Wars opening crawl, these days it’s strictly done on computers but in the original movies it was done by hand: 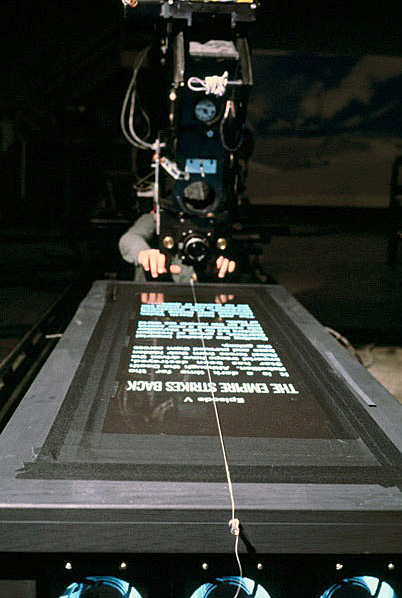 A printed plate was taped down and a person ever so carefully moved a camera backwards over it to get the kind of scrolling effect George Lucas wanted.

Lucas was inspired to do the intro this way by the show Flash Gordon which he was a big fan of. The similarities are obvious as you can see in this screenshot from a Flash Gordon episode: 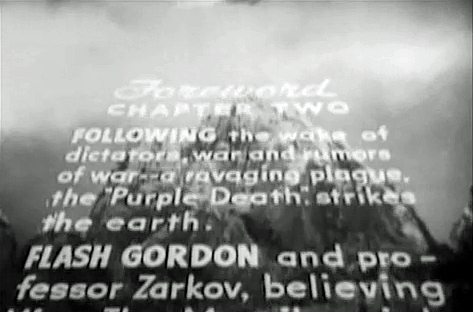 I always liked the Star Wars opening crawl and thought it was a good move storytelling-wise to quickly introduce people the back story of the movie.

The only thing I didn’t like about it was the all caps words that were thrown in (i.e.“…ultimate weapon, the DEATH STAR, an armored space station with…”). Had the same effect on me as internet comments where people abuse the caps lock button to artificially ramp up drama or get their point across ;).