The Story Of How One Man Saved Apollo 12 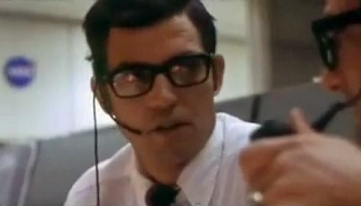 I seen this clip on the History Channel years ago and the story has stuck with me ever since.

I like the nerdy heroism aspect and how it all was told from the different viewpoints of the original people involved.

This miraculous saving of Apollo 12 earned John Aaron a legendary reputation within NASA and ever since he’s been known as a steely-eyed missile man, which apparently is a huge complement in NASA culture.

SCE to AUX, you just never know what random bit of knowledge might end up saving the day 0_o.