“He’s ruining the movie!” How Johnny Depp Fought For Jack Sparrow In Pirates Of The Caribbean 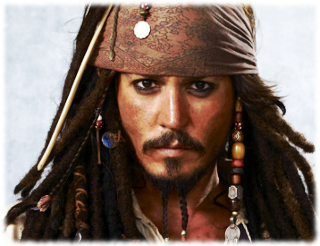 Who out there hasn’t heard of Captain Jack Sparrow?

There’s no doubt that Johnny Depp’s portrayal of Jack Sparrow in Pirates Of The Caribbean is one of the most recognizable and well loved movie characters in the world. 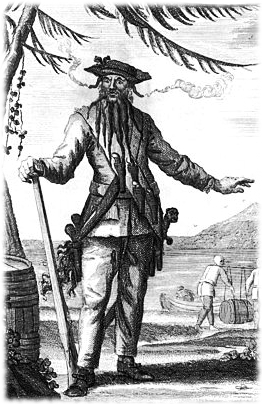 When Johnny Depp was preparing for the role of Captain Jack Sparrow in the first Pirates Of The Caribbean movie he read up on everything that he could about pirates to help get an understanding of what his character should be like.

He found that the more he read about pirates the more he saw them as being the rock stars of their day and age.

The hard drinking, eccentric swagger. The constant life on the move and immense fame that would follow them through their travels. The extravagant appearance and behavior that was sometimes bizarre, but always entertaining.

Pirates were free to be themselves and made no apologies for being as over the top and original as they wanted.

Johnny Depp saw this as a big insight into what Jack Sparrow could be like, but he knew he needed a real rock star to get some inspiration from. So he turned to his friend Keith Richards of the Rolling Stones, who he viewed as ‘the greatest rock and roll star of all times’. 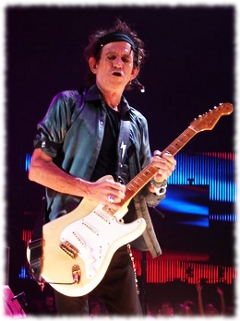 He secretly studied Keith Richards whenever he was around him, trying to absorb as much as he could in the time he had before starting the movie. Many of the mannerisms, personality traits, and even voice of Jack Sparrow grew out of Depp’s study of Keith Richards.

Soon Johnny Depp had a good idea of what Captain Jack Sparrow was like and realized that he had an opportunity to do something big with the character.

Problem was, the executives at Disney who were in charge of the movie had a very different idea of what Jack Sparrow was supposed to be. They wanted him to be more like what you’d see in your average pirate movie: manly in a ruggedly handsome sort of way, with an ever so slightly dark sense of humor but nothing too unexpected. 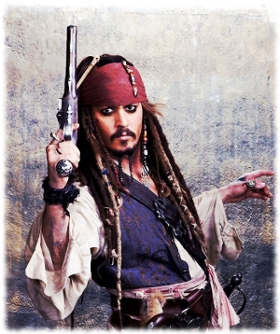 But Johnny Depp’s Captain Jack Sparrow was not like anything folks at Disney had ever seen before, in or out of a pirate movie. He gave them a Jack Sparrow that was both manly and effeminate, off kilter, and not to mention very unexpected.

They were shocked and, well, basically they hated it. In an interview with Vanity Fair Depp described how the horrified Disney execs started firing off questions at him:

What’s wrong with him? …Is he, you know, like some kind of weird simpleton? Is he drunk? By the way, is he gay?

He poked fun at that last question by answering “But didn’t you know that all my characters are gay?” LOL!

But the worst reaction was when the head of Disney saw some footage of Depp as Captain Jack Sparrow and got so upset that he yelled “He’s ruining the movie!!”

Things were not looking good at all, and it seemed like Depp would have to give up on an interesting Jack Sparrow and conform to the more bland type of character that Disney wanted. 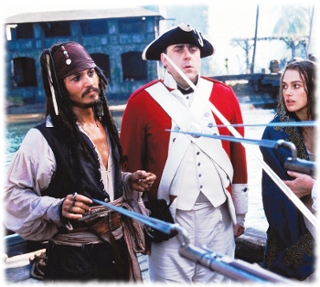 Johnny Depp didn’t want to give up though, he deeply cared about the character of Jack Sparrow and was willing to fight for him.

The funny thing was, Disney had hired Depp in the first place because they wanted Pirates Of The Caribbean to be different and more ‘edgy’ than a normal Disney movie. But now that they had a character that did exactly that, they were getting cold feet about it.

When Depp realized that Disney was on the brink of killing the Jack Sparrow that he knew and loved he decided to take a huge chance. He told them that it was all or nothing, to trust him that this was the right Captain Jack Sparrow for the movie or to kick him off for good because he believed in the character that much.

It was quite a gamble but it paid off. His confidence won Disney over and they finally stopped pressuring him to do a boring character. Well, for the most part anyway. 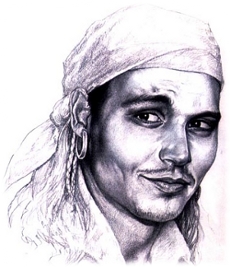 He still had to battle for how the costume and look of Jack Sparrow was going to come out. As you can see by this early drawing of what Disney wanted Jack Sparrow to look like, it was really …lacking lol.

Johnny Depp knew that a pirate like Jack Sparrow wouldn’t just act like a rock star, he’d look like one too. A bland bandana and cliche gold earring wouldn’t do.

Depp set out to create a look for Jack Sparrow that would be true to the character and hint a bit at the pirate’s past. Dreadlocks, lots of gold teeth (Disney was really not happy about that), braided goatee, tattoos, and things like that were carefully layered to make the look.

He also looked to Keith Richards again for some rock star inspiration. Richards had a habit of collecting little trinkets as souvenirs from his travels on the road and tying them to his hair. Depp decided that Jack Sparrow would have done that too, as a way to remember his adventures. 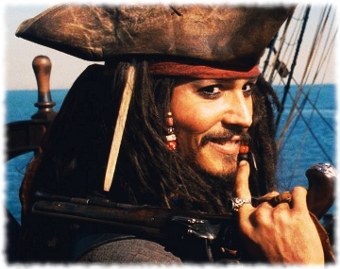 He’d see something and decide to tie it in his hair as a keepsake, and each item would have a story.

Like the bone hanging from one of his dreads is a reindeer bone. Only Jack Sparrow knows what the story is, but it’s got to be an interesting one considering there’s no reindeer anywhere near the Caribbean!

Johnny Depp was very happy with how the movie was turning out and he felt like everything was falling into place for his character and the movie. The true test of whether he was right about Captain Jack Sparrow, however, was yet to come.

THE FATHER OF CAPTAIN JACK SPARROW 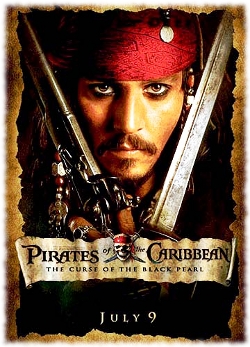 As opening day came for Pirates Of The Caribbean: Curse Of The Black Pearl a question hung in the air.

Would people like Johnny Depp’s version of Jack Sparrow or would they end up not understanding such an unusual character and have a negative reaction like the Disney executives did?

Many people in the media were expecting the movie to be a total flop anyway because pirate movies weren’t very popular at that time, and they felt that the quirkiness of Johnny Depp’s acting would only make things a thousand times worse.

But Pirates Of The Caribbean turned out to be a huge success and the way Johnny Depp did Captain Jack Sparrow was the main thing that audiences loved about the the movie. They got a kick out of watching the over the top –and somewhat strange– pirate cleverly maneuver his way out of sticky situations.

The sheer rock star personality of Jack Sparrow made the movie stand out as a favorite in people’s minds and it went on to become one of the most popular movies of all time. At that point nobody could deny that Johnny Depp had made the right choice, the Jack Sparrow that he fought so hard for had succeeded beyond all expectations.

As for Keith Richards… well he didn’t find out that he was one of the big inspirations for Jack Sparrow until after the movie came out. Not sure if that’s how I’d want to find something like that out but hey maybe he likes surprises lol. 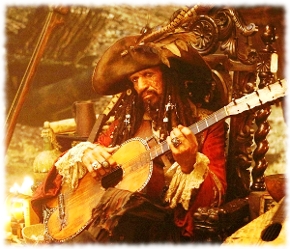 He must have been okay with it though because he ended up accepting a role in Pirates Of The Caribbean: At World’s End.