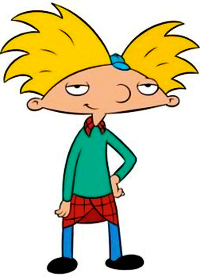 What’s the truth behind the show Hey Arnold?

I was talking the other day with blog reader Brianna C. about a story we’d both heard that claims to be the answer to this very question.

The story centers around Arnold’s mysterious missing parents who, let’s face it, might as well be ghosts.

In a later episode of the Hey Arnold series we do get the unsatisfying explanation that they had been doing humanitarian work in the jungle and got lost, but…yeah it just doesn’t feel quite right does it?

A LOUDMOUTH FATHER AND ALCOHOLIC MOTHER 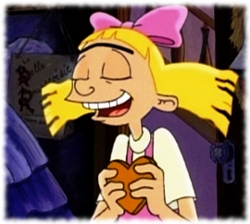 In a story about kids, parents are really important. In many ways they hold the keys to why a character is the way he or she is. Like in the case of Helga Pataki we can see why she acts the way she does by looking at her home life with her parents.

Helga’s father Big Bob is a loudmouth bully type and her mother Miriam is an alcoholic who can’t go anywhere without constantly clutching a glass full of an intoxicating mix she calls “smoothies”.

And so Helga tries to deal with her problems in ways similar to her parents. 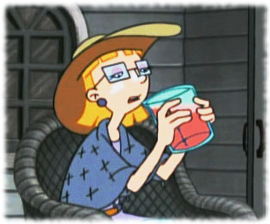 When she’s stressed she becomes a loudmouth like her dad. And though she’s not an alcoholic, we can plainly see that she’s an Arnoldholic. I mean just look at the way she’s constantly clutching that heart shaped picture of Arnold (not to mention worshipping at the secret Arnold shrine lol).

But, through almost all of the Hey Arnold series we don’t really see who Arnold’s parents are. That only leaves his grandparents, and they are what the stories out there claiming to be the truth behind Hey Arnold usually focus on. 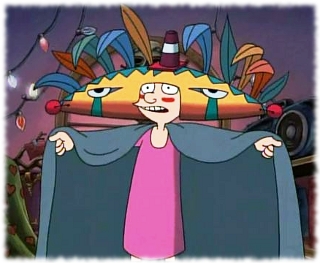 The most popular of all these stories by far is commonly known as The Hey Arnold Theory and it’s been gaining in popularity recently.

If you’ve been following this blog for a while ‘The Hey Arnold Theory’ probably sounds familiar because it’s almost the same name as ‘The Rugrats Theory’ talked about here a while back. 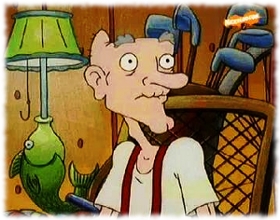 According to The Hey Arnold Theory the true story behind Hey Arnold starts with the city that he lives in.

Well, at least he believes he’s an orphan.

In reality he is the child of his so-called grandparents Gertie and Phil. Gertie and Phil are mentally unstable and told Arnold a lie that his real parents, of normal age, were lost after a plane crash. 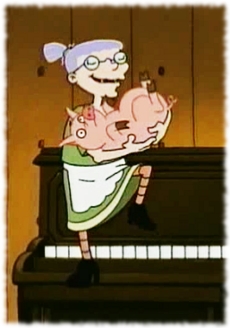 Because Gertie and Phil were very old when they made Arnold, he was born with a few conditions. One of them is Hydrocephalus and that’s the reason his head has such an odd shape.

The type of Hydrocephalus Arnold suffers from is called Arnold Chiari Syndrome and that’s the reason the show’s creator decided to call the boy in the show Arnold.

In his life the real Arnold is constantly being bullied for his oddly shaped head. This is where another condition that he has comes in. Because of Gertie and Phil’s very old age Arnold suffers from several psychological conditions that makes him see things that aren’t there.

And since he’s bullied a lot he prefers to escape into an imaginary world… with imaginary friends. 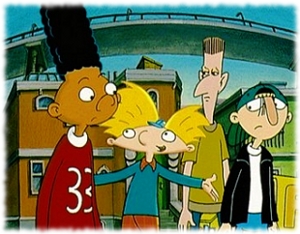 That’s the reason the other characters in Hey Arnold have weird shaped heads too. It makes him feel like he’s normal and no one can pick on him because of his head.

So how did all this become a tv show? According to The Hey Arnold Theory the creator of the show got lost in New York one night, and since it was getting pretty late he decided to just find the closest hotel and stop there.

While doing this he came across a nine year old boy, a child of two people who were clearly too old to be having kids.

The creator of the show saw that the boy was mentally unstable and believed in all the things that he had made up, and so decided to sit and talk with him. 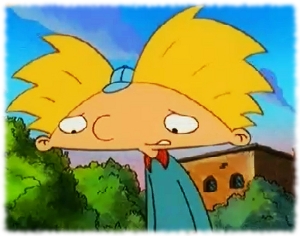 He felt really sorry when he discovered that the boy only had imaginary friends. He felt like he needed to do something, so he asked the boy if he could tell his story and promised that he’d use it to make sure the boy’s life would get better.

But the creator of the show didn’t keep his word. He just used the sad and strange story to make a tv show, which became very popular. He got rich and didn’t care anymore about the boy who was still suffering back in the poor neighborhood. 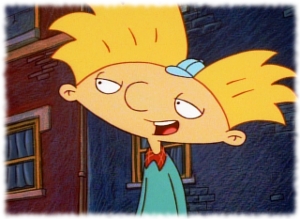 Whoa right? This story is really different than many other ‘theories’ behind tv shows out there because it portrays the creator of the show as the villain of the story.

The creator steals the idea for Hey Arnold from a poor disfigured kid and rakes in the cash after making a tv show based on his life. But…is any of The Hey Arnold Theory even true?

The funny part is that there is a guy that created Hey Arnold, but he didn’t need to steal the story from someone else because Hey Arnold is based on himself as a kid. Specifically how he felt when he was younger. 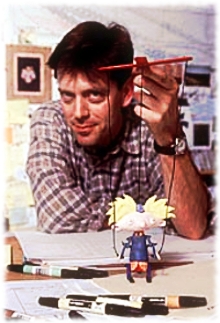 So the true story behind Hey Arnold is this: A guy named Craig Bartlett loved cartoons and animation, and he dreamed about making his own animated tv show one day.

He had an idea for a show based on what he was like as a kid, a daydreamer with a vivid imagination. He would take experiences that happened to him as a kid and work them into the stories of the show.

After college he got a job working on the Rugrats cartoon and while there he got a chance to make his dream come true. He convinced Nickelodeon to let him make a show about a daydreaming football-headed kid and his adventures. 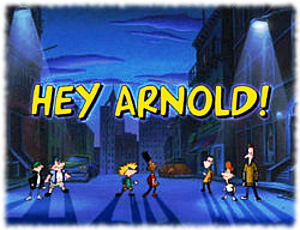 But as the show got more and more popular people began to care a lot about Arnold and fans of the show wrote letters asking what happened to his parents.

The letters started to really pile up and the creator of Hey Arnold knew that for the sake of the fans he had to figure out the backstory of Arnold’s parents.

Eventually he decided that since Arnold was such a good person his parents had to be really good people too. He came up with the story of how they were missing because they’d been trying to do good work in a far off place and accidentally got lost in the jungle. 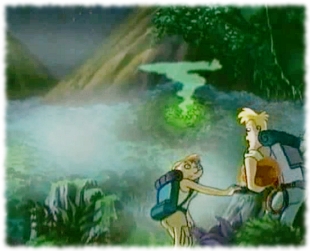 This was written into the show but by then it was too late for many of the fans. Tons of people had already came up with their own stories as to why Arnold’s parents were missing, and the show’s unsatisfying ‘lost parents’ idea didn’t help much.

So there you have it, Arnold definitely was not the child of two demented elderly people who lied to him. He was simply the child of parents whose backstory was so vague, for so long, that people thought that they had been made up as a cover story for a dark, real-life secret.