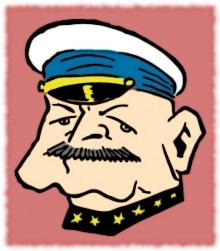 Here’s a funny story about why you should get all the facts before *ahem* …going overboard.

This story has been around for decades and there are several versions of it out there. Usually name of the main ship varies but the end is always the same because, well, you’ll see…

A captain was trying to steer his ship through a heavy fog one day when all of a sudden he caught a glimpse of a light through the fog.

He frowned and thought to himself that it must be a ship, and when he squinted at it he realized that the ship was on a collision course with his own. A slow collision course to be sure, but one nonetheless.

So the captain marched over to the radio and immediately started communications with the mystery ship, saying

“Hello. Divert your course 15 degrees to the North to avoid a collision.”

There was a moment of silence on the radio, so long that the captain began to think that the other ship wouldn’t answer. But then in a halting voice a man said 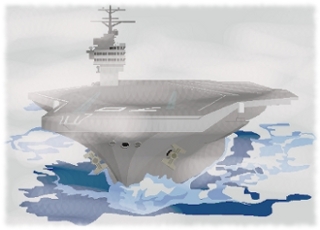 “Uh, I recommend YOU divert YOUR course 15 degrees to the South to avoid a collision.”

The captain couldn’t believe what he was hearing, the nerve of some people! He gripped the radio and snapped

“This is the captain of a US Navy ship which I’m sure you can see in front of you by now. I say again, divert your course.”

“Uh, no. You need to divert YOUR course.”

Well this irritated the captain to no end. He was in charge of a massive ship and it would be a huge pain to try and change course just because some pipsqueak of a ship was feeling lazy. He knew that no other ships in the area could be anywhere near as large as the one he commanded. And besides…he was definitely not used to anyone telling him ‘no’. 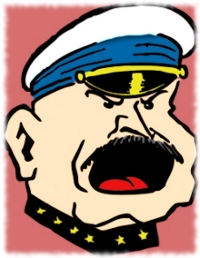 Maybe a proper threat would make the guy be a little more humble and realize exactly who he was messing with. So the captain puffed out his chest and in his most commanding voice said

“THIS IS THE AIRCRAFT CARRIER MISSOURI, WE ARE A LARGE WARSHIP AND I AM THE CAPTAIN. I DEMAND THAT YOU CHANGE YOUR COURSE, OR THE APPROPRIATE MEASURES WILL BE TAKEN TO ENSURE THE SAFETY OF THIS SHIP!”

This time there was a pause longer than any of the others. The captain and the crew members around him leaned in towards the radio to try and hear what was happening. They heard only some static, or was it faint chuckling? Then the answer came:

“This is a lighthouse. Your call.”

Oops! Haha I love a story with a good punchline. Apparently a lot of other people do too as this story got so widespread that it ended up being an urban legend.

However not everyone knew it was actually an urban legend and many assumed it was a true story. At one point the Navy was getting so many calls about this story that they had to release an official statement reassuring the public that it had never happened.

Which is pretty funny if you think of it… considering the moral of the story is not to believe everything you see at first glance.