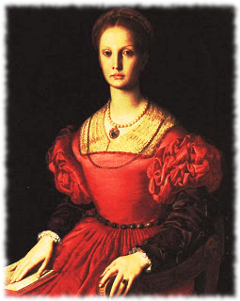 Let me tell you the chilling story of Countess Elizabeth Bathory, a woman who some say was the original inspiration for Bram Stoker’s Dracula.

I first came across her story when a reader named Lou left a comment on the post about Bloody Mary, basically saying that if I thought Bloody Mary was scary then I should check out the true story of Elizabeth Bathory.

I had never heard of her before, but someone who was worse than Bloody Mary had to be pretty bad. Truth has blended with legend in the story of Elizabeth Bathory but a common thread runs through both, it shows what happens when a twisted person is given unlimited power…

A DARK CLOUD OVER THE VILLAGE

There came a time in the village of Čachtice when the people there started to notice that something was very, very wrong. 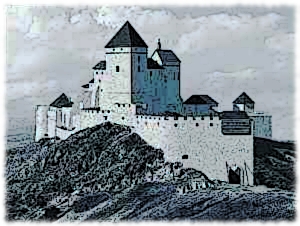 There was a castle on the hill that overlooked the village, and when people went up the hill to work there they often were never seen again. Those sent there were usually peasant girls who worked as maids or attendants to the ladies of the court, but no matter what work they did they seemed to just vanish into thin air.

Still, no one dared to say anything too loudly about it, for fear of angering the Countess of the castle. She was powerful and extremely rich.

You normally think of someone who owns a single castle and can pay for the people to run it as pretty rich right? Well Countess Elizabeth Bathory owned not just one but five castles all around the country, though she preferred to stay in the grand castle at Čachtice.

On the surface she seemed nice, she was known for being an especially loving mother to her children for example, and she would sometimes intervene on behalf of peasants in court cases. But people whispered that these things hid a horrific dark side to her personality, and the whispers were growing.

So what was happening to all the villagers who were disappearing in Elizabeth Bathory’s castle? 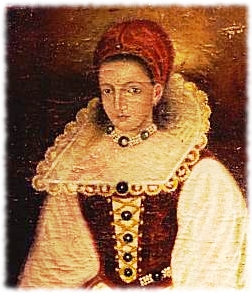 Usually a short time after a girl entered the service of the castle she would end up dead, murdered to feed the Countess Elizabeth Bathory’s thirst for blood.

Legend says that it all started while an attendant was brushing the hair of the Countess one day. The attendant girl accidentally pulled the brush too hard and it tugged on a snag in her hair.

Elizabeth Bathory flew into a rage, jumping up and striking the attendant girl with the back of her hand. The strike was so hard that it made the girl bleed, leaving some blood on Elizabeth Bathory’s hand.

Later that night Elizabeth Bathory saw that the skin on her hand where the blood had been looked more youthful and vibrant than she’d seen it in many years. This gave her a fateful idea, she figured that if the small amount of blood could do that to the back of her hand then more of it would be able to restore youth to her entire body.

And so began the madness that would define her life. She started to murder the girls in her care, sometimes by sinking in her teeth, and then bathe in their blood.

She couldn’t do it alone though, so she enlisted the help of two servants as cruel as she was, a local woman named Erszi Majorova and a crippled midget nicknamed Fickó.

The three of them did horrible things, but were untouchable because of Elizabeth Bathory’s status.

In those days the rich could do pretty much whatever they wanted to the peasant population, and usually they did. However, the atrocities happening in Elizabeth Bathory’s castle were a lot worse than anything that was happening anywhere else, and it seemed like the more she killed for blood the more insane she got. 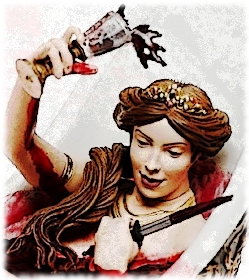 She had murdered hundreds of people already but the problem was that there would always be a need for more and more blood. And by this point the villagers of Čachtice had started to keep their remaining daughters in hiding for fear that Elizabeth Bathory would take them.

This forced her to start getting her victims from the girls of more “noble birth” (i.e. they were from rich families) that stayed at her castle. And this is what became her downfall in the end.

Since rich people’s daughters were starting to disappear the king of the land had no choice but to get involved. He decided to send a group of trusted representatives to Elizabeth Bathory’s castle to secretly investigate the situation there.

The group of men had heard the rumors though, and to put it frankly they were terrified. They went up to the castle late at night as quietly as possible, going in through a side door unannounced.

They were barely inside the door when they saw evidence that the rumors were true: two women lay on the floor by the door in a pool of their own blood.

THE END OF ELIZABETH BATHORY

Elizabeth Bathory had murdered hundreds of people to bathe in their blood and the evidence was all over her castle. It didn’t take long for stories of what had been found in her castle to spread around the country.

But it was not her, but her accomplices, that went to trial. 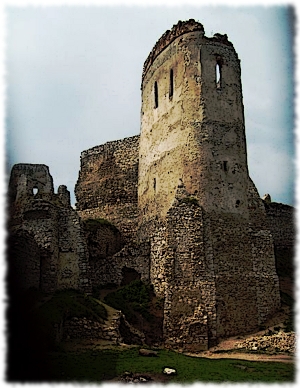 Erszi and Fickó stood trial and with the overwhelming amount of evidence against them they were found guilty and sentenced to death.

But Elizabeth Bathory was a rich noblewoman. The rich and powerful of the country felt that it would be too dangerous to make her go to trial, lest the peasants start to think that the same rule of law should apply to people of all statuses.

Instead they quietly made her disappear from public view in hopes that people would start to forget about the whole affair.

They walled her up in the castle, alone, in a set of rooms with no windows and only slits in the thick stone to let air in. The same walls that she had used to imprison hundreds of people now became her own prison.

There she stayed for three years, the last three years of her life. A guard would come by each day and put a plate of food and water through a small opening in the brick wall. Then one day he found her lying face down on the floor.

No one knows how she died but one thing is for sure, the peasants in Čachtice breathed a sigh of relief. They finally felt like they could take their daughters out of hiding. But they never forgot about the atrocities she commited, and the stories of how she murdered to bathe in blood were passed down through the generations.

To this day the castle still stands on the hill over the village, a haunting reminder of the bloodthirsty Countess Elizabeth Bathory.