Phineas And Ferb: The True Story And Dark Theory Behind The Show 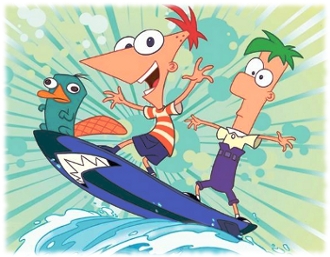 The Phineas And Ferb Theory…

Kailey J. was the first to ask about it a while back and since then I’ve gotten a lot of requests to look into things and see if there’s any truth to it.

Turns out that yes there is a true story behind Phineas And Ferb. It may or may not surprise you, see for yourself…

THE DARK SIDE OF PHINEAS AND FERB

So Phineas And Ferb is a cartoon that features two boys on summer vacation who make amazing inventions in their backyard, like roller coasters that go into outer space and giant robots.

Phineas is a confident genius and Ferb is a quiet but also brilliant kid. Their sister Candace is always trying to get the boys in trouble with their mother for all the outrageous inventions they build. But their mother can never quite seem to see the inventions, eternally frustrating Candace. 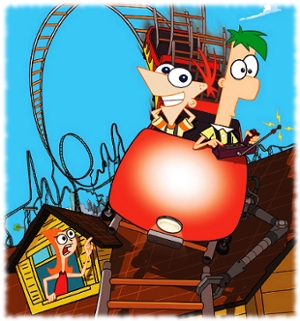 However, The Phineas And Ferb Theory says that there’s another side to the show and it’s very dark.

THE PHINEAS AND FERB THEORY

The Phineas And Ferb Theory says that (like Angelica in The Rugrats Theory) the real Candace has lost her mind due to bad things happening in her life.

The theory says that Phineas was her little brother and he was bullied a lot in school because the other kids thought he was too nerdy. One day a bully punched Phineas in the head really hard and it killed him.

Candace couldn’t deal with Phineas’ death so she built an imaginary world where he was still alive and playing with her other brother Ferb. Ferb has a disability and can’t talk or do much, but she imagines him and Phineas going on great adventures together. 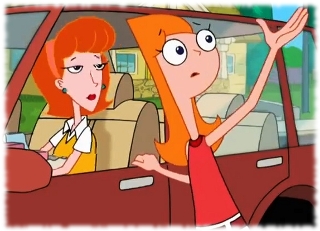 The real reason why her mother can’t see the things that Phineas and Ferb build is that, well, they simply aren’t there. And the more Candace tries to convince her mother the more crazy she becomes.

The villain of the show Dr. Doofenshmirtz is actually Candace’s psychologist who she’s been seeing twice a week. It started to put a strain on the family to try and pay for all these expensive doctor visits though. In desperation her mother had an idea to write down all the fantastical stories Candace was telling her and try to sell it to Disney as a show, and it worked.

So that’s The Phineas And Ferb Theory, but is any of it true?

THE TRUE STORY BEHIND PHINEAS AND FERB

The true story of Phineas And Ferb actually does come from a real person who built imaginary worlds, a boy named Dan Povenmire.

As a child Dan Povenmire was an artistic prodigy that was obsessed with drawing cartoons. His mother recognized his creative abilities and always told him to “never waste a day of summer”. He took this advice to heart and spent his summers inventing elaborate creations for the different stories he was imagining. 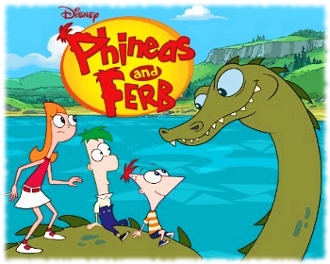 He never lost his mind in his imaginary world like Candace in theory story though, because it came from positive experiences. So later on when he created Phineas and Ferb with a friend, they both agreed that the show would focus on the positive.

Phineas and Ferb make inventions for the pure fun of it or to bring happiness to others, and in this way find great adventures in each day of summer, despite their sister Candace’s attempts to foil their plans.

And as for Candace well she’s based on a real person too, Dan Povenmire’s sister. As a kid she was always telling on him to try and get him in big trouble… sounds familiar doesn’t it? :D