Magical Me: JK Rowling And The Mystery Man Behind Gilderoy Lockhart 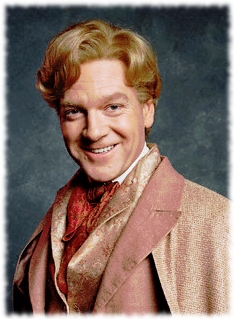 JK Rowling sparked big rumors when in an interview when she revealed some things about the character of Gilderoy Lockhart.

She said that not only is he based on a real person, but that she had “to endure for two solid years” the real life person who Lockhart is based on.

She was married to her ex husband for two years so it seemed a likely fit, and the rumors started to fly.

Gilderoy Lockhart, in case you don’t remember, was Harry Potter’s Defense Against The Dark Arts teacher who was way into himself. Whether it was constantly quoting from his

bestselling book ‘Magical Me’, or striking a pose in front of one his many giant paintings of himself, Lockhart had a talent for bringing the focus back onto him no matter what the situation.

JK Rowling’s ex husband is known for acting a bit like Lockhart by doing things like claiming he co-authored the first Harry Potter book, so that just added more fuel to the rumors.

Things got so bad that JK Rowling finally had to make a point of stating that Lockhart was definitely not based on her ex husband. 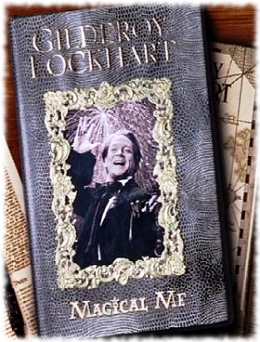 Some people didn’t believe her but I think it makes sense. JK Rowling was afraid of her ex husband (even at one point having to take out a restraining order against him), while the character of Gilderoy Lockhart is goofy and mostly harmless.

If JK Rowling’s ex husband was the inspiration for any Harry Potter character it would probably be one of the Death Eaters, just sayin. But that still leaves the fact that Lockhart is based on a real person …who could it be?

Many people have speculated that it’s an old professor of hers but she’s staying mum on the true identity of the person, other than to say that he’s

probably out there telling everybody that he inspired the character of Dumbledore.

Ha!! Now that sounds exactly like something Gilderoy Lockhart would do, don’t you think?