The Beatles: The Story Of A Crazy New Year’s That Changed Their Lives 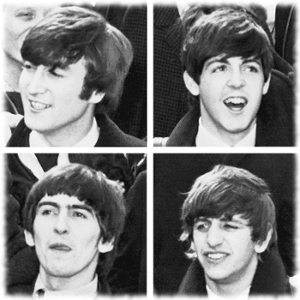 Reader Kate P. requested a story about the Beatles and I think I have just the right one for this time of year :).

Here’s a story about a New Year’s Day that changed their lives, but not quite in the way that you’d expect…

SARDINES IN A SNOWSTORM

On New Year’s Eve in 1961 the Beatles were huddled together in a van on the road to London and feeling quite miserable.

They had hoped to start the New Year off with a bang but things weren’t looking good for them.

After becoming so popular in their hometown that people went nuts whenever they played, they’d landed an audition at a major record label. This, they felt, was their ticket to living out their dreams.

The problem was the record label was 200 miles away from their home town, so they had to cram themselves and all their equipment into a van and travel the 200 miles packed in like sardines.

To make things worse, a blizzard had descended on the area and they soon had to deal with snow blowing every which way around them and roads coated in ice.

The driver could barely see through all the snow and after a while kept on getting more and more lost. Yeah, the last day of 1961 wasn’t going at all how they planned. 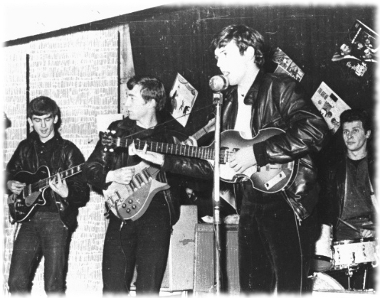 Miraculously they finally did arrive in London …10 hours later.

AUDITIONING IN A FISHBOWL

Even though the Beatles were 10 hours behind schedule they still arrived in time for their audition, which was set for the morning of New Year’s Day. The person from the record label who they had the appointment with, however, was late.

And when he finally did show up it was easy to see why: he had a major hangover.

To add insult to injury he took one look at some of the equipment they’d hauled all the way there and said it wasn’t good enough, so he insisted they use what was already in the building.

When the Beatles got into the recording studio they saw that it wasn’t going to be anything like the bars and clubs they were used to performing in back home. The studio was in a room that above was partially surrounded by glass, and on the other side of the glass were people from the record label looking down on them.

It was pretty awkward setup and it was hard to avoid the feeling that they were in some sort of weird fishbowl.

They were nervous but tried to focus on the music, this was their big opportunity after all. The record label 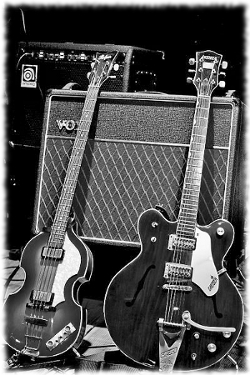 people watched through the glass and recorded the performance while the Beatles did 15 songs in the course of an hour, doing their best to show what they were capable of.

After the hour was up the man from the record label rushed the Beatles out of the studio because another band was coming in, telling them someone would call them later with news about how their audition went.

So they had no other choice but to drive all the way back home through the snowstorm and wait for news.

In the following weeks the recording of the Beatles’ performance was passed around the record label for review …but the reaction was not exactly positive.

A man from the record label called them and broke the news: No way, they weren’t getting a record deal. And not only that but the man said something even more shocking:

Groups with guitars are on their way out …the Beatles have no future in showbusiness.

The Beatles were crushed. All that work for nothing, and what if that guy was right, what if they didn’t have a future as a band?

But luckily they didn’t give up. They could see with their own eyes that people loved their music and went absolutely wild when they played in local clubs.

Plus, they now had something very important in their hands: the recording they made on New Year’s.

They played the New Year’s recording for people from other record labels and meanwhile kept performing for their local fans. A couple months later their persistence paid off and they finally landed a record deal. It had taken longer than expected, but they were back on track to living their dreams. 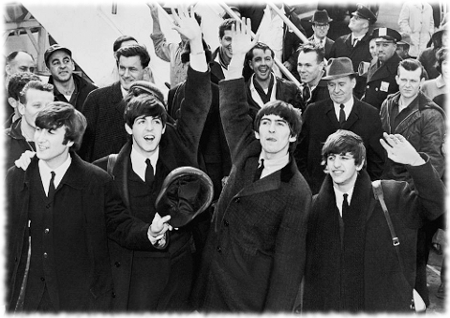 Oh yeah and there’s the *cough* little thing about how they went on to become the most famous and influential band of all time, guitars and all.

If they thought the fans in their home town went nuts for their music it was nothing compared to the screaming audiences they’d encounter after becoming world famous.