The Frog Prince: Maybe Not So Happily Ever After

I was reading The Frog Prince fairy tale earlier today and surprisingly it was a pretty funny experience.

Most of us have heard The Frog Prince story before, but the pictures in this version tell another side of the story and how things were maybe not so happily ever after in the end…

THE FROG CAME BACK

So first off in this story we learn that frogs take verbal contracts very, very seriously :D. 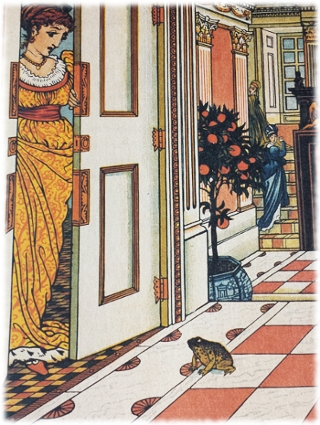 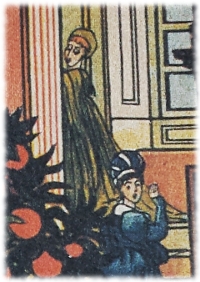 The Princess made a deal with a talking frog to save her beloved golden ball from being lost in the pond.

She thought she could ignore her end of the bargain, but it wasn’t long before the frog was knocking at her door Mafia style to get his rewards.

The ladies on the stairs in the background had long suspected the Princess of keeping bad company, but this shocked even them

“Who’s that at the Princess’ door? OMG she’s talking to a gnarly old frog!”

DINING WITH A FROG

The frog just won’t go away and ends up crashing the Princess’ dinner plans. She can’t figure out what’s worse, having to share food with a frog or the endless lecturing from her father.

“But Daaaadddy I don’t wanna have a frog eat from my plate!” 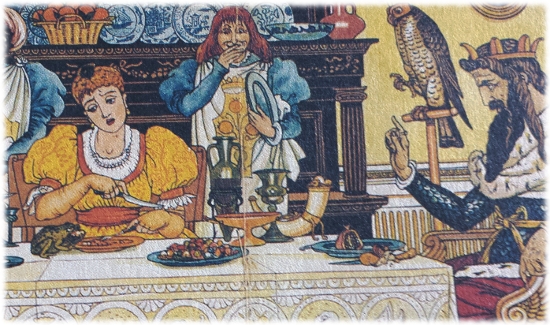 “You should have thought about that before you made a deal with him. Now stop pouting and give the frog some more mashed potatoes.”

SOMETHING’S NOT QUITE RIGHT 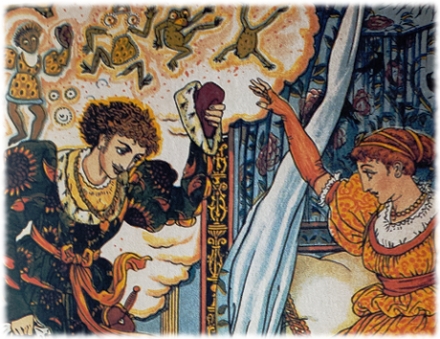 Later that night the Princess witnessed the frog go through a psychedelic transformation (like, really freaky stuff, as you can see from the dismembered frog figures above his head).

Turns out he wasn’t a frog at all but a Prince, a handsome …er, well actually he wasn’t very handsome. He looked unusually feminine for a Prince, and more like a woman with a mustache. Hmmm. The Princess had a feeling that something didn’t quite add up about the Prince.

But he was as persistent as ever and finally was able to convince her to get married, despite her suspicions. Plus, she tried to look on the bright side: anything was better than him looking like a frog …right?

It wasn’t until the Princess was in the carriage on the way to her honeymoon that she realized the marriage was a sham. 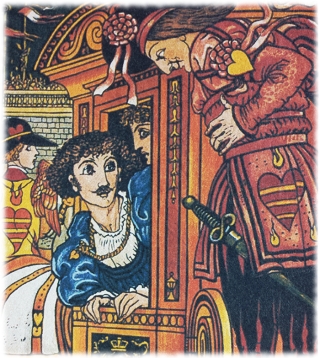 A guy named Heinrich suddenly appeared and introduced himself as the Prince’s ‘friend’. He went on and on about how his heart had been ‘in chains’ while the Prince was gone, and how he was sooooo happy the Prince was back in human form again.

Then Heinrich and the Prince spent the rest of the honeymoon carriage ride making googley eyes at each other, while the Princess sat inside.

Which just goes to show …never marry a frog because there’s always a catch LOL.