Don’t Let Them In! Scary Stories Of The Black Eyed Children 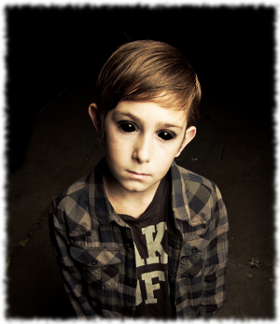 On Halloween it’s perfectly normal to have spooky looking children knocking on your door. Any other day of the year though and you might be getting a visit from the Black Eyed Children.

Today’s story was requested by the always awesome Jennifer, who got the idea after coming across a site where people were talking about encounters with eerie beings known as Black Eyed Children.

A KNOCK AT THE DOOR

It’s another one of those days where you’re at home alone with not much to do. You’ve been passing the time by lazily browsing stuff on your phone while the tv flickers in the background, but really you’re about five seconds away from curling up on the couch and taking a nap. That is, until you hear three faint taps coming from the front of the house.

Could it be somebody at the door? Seems strange that they wouldn’t use the doorbell, but whatever, you decide to get up and investigate anyway. 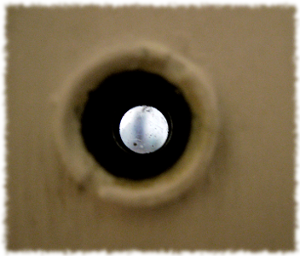 Walking quietly up to the front door you look through the peephole to see who it is, but no one’s there. That’s …weird. Goosebumps form on your arm as you scan the view through the peephole and your mind races through all the possible things that could have made the noise.

Maybe a trashcan blew over on the sidewalk, maybe it was a tree branch hitting the front of the house. Three car doors slamming in the distance? Or maybe… well, let’s face it, all are equally lame theories.

You glance at the door lock (yup, it’s locked) and consider tiptoeing away when a decent theory finally pops into your mind. The more you think about it, the more it makes sense: it must have been the mailman. He was delivering that package from Amazon you’ve been waiting forever for and knocked on the door so you’d know it was on the front step.

Before you know it you’ve got the door unlocked and have flung it wide open, ready to scoop up the package. But 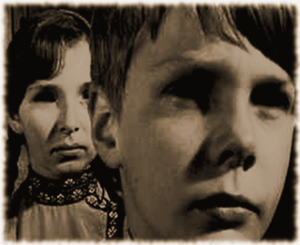 instead you just about jump out of your skin, because standing in front of you are two of the spookiest children you’ve ever seen.

“YOU MUST LET US IN”

Both the girl and the boy look to be about nine years old, but there’s something about their faces that make them seem much older. Their skin is incredibly pale, and they have such an eerie look about them that it’s almost hypnotizing. The boy is standing closest to you and starts to speak.

“Hello. We have gotten lost while walking in this neighborhood today and need to call our mother, may we please come in?”

“Um…”, there was something odd about the boy’s voice, it just didn’t seem to fit a nine year old. For some reason your mind feels fuzzy but you manage to come up with an excuse to keep them outside “What’s her phone number? I’ll get my phone and dial it for you.”

The boy looks slowly at the girl, then back at you. “I cannot remember. We need to go in and sit down right now so I can remember.”

Yeah, no. Your mind may feel fuzzy but you haven’t lost it completely. “I…just remembered my phone is broken,” you stammer, “how about you try another house? Sorry.” Then you grab the door and start to close it.

“No! You must let us in!” the boy shouts while 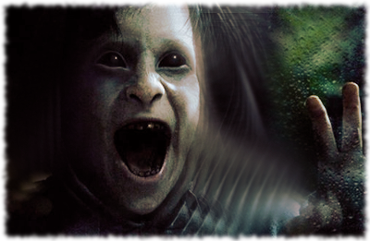 holding his hand up in the air and looking you directly in the eyes. And it’s at this point that your heart freezes, because you realize what was so absolutely unnerving about these children. It’s their eyes, their eyes are an inky black color.

But now that those soulless black eyes are looking right at you, you feel very strange. Suddenly you aren’t so sure whether to completely close the door or let them in. Something tells you that if you wait too much longer then you’ll lose all will to resist. So with all the willpower you can muster you shut the door and lock it, expecting to hear the boy shouting from the other side. Instead though there’s only complete silence.

You run over to the window to see if they go to the neighbors’ house next, but the front step is empty and there’s no one to be seen anywhere. Both children have simply vanished.

That story is an example of what people report experiencing when they get a visit from the Black Eyed Children, sightings of which have been on the rise in recent years. But who are they, and why do they want to get into your house so bad?

Mythology and folklore from cultures around the world have their share of stories about people with eyes that are completely black. Most of these beings were considered to be people who are under the control of something evil.

Like in some parts of South America when children with inky black eyes were sighted, they were thought to be kids who had died and whose body became occupied by an evil spirit afterwards. These evil spirits would use the bodies as a way to go walking around undetected.

Some legends about Bloody Mary even say that if she appears to someone playing the Bloody Mary game that their eyes will immediately turn black. 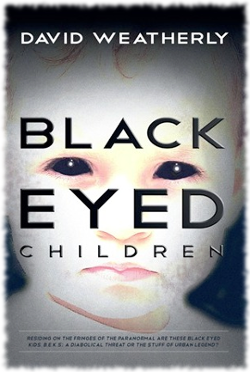 But what makes the stories of Black Eyed Children different is how the children always knock on people’s doors and demand permission to be let in. These kinds of stories seem to have first been heard of in the US and the most famous account of them is a report from back in the 90’s by a man named Brian Bethel, who said two eerie looking children approached him in an empty parking lot.

The children were very insistent on getting permission to be let in, and when he denied them they became angry. It was only then that he realized they both had inky black eyes. He drove off in a panic, and when he looked in the rear view mirror both the children had mysteriously disappeared even though there was no place for them to go.

This leads to another question: why do the Black Eyed Kids need permission to get in so badly anyway, can’t they just step inside the doorway if they really wanted to?

CROSSING OF THE THRESHOLD 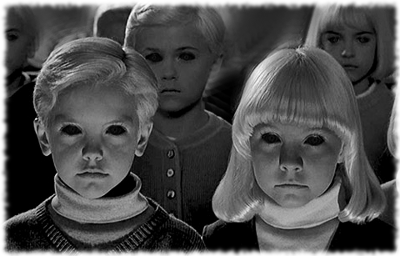 Pour salt across a doorway, splash olive oil on a door, sprinkle holy water around a room, the list of ways to keep evil spirits out can get quite long depending on which stories you read. The main idea behind them all is to ritually make a line that something evil can’t cross, and this line is usually focused on the doorway to a house or room.

I think it’s interesting that in the stories of Black Eyed Children they can’t seem to get inside the house without explicit permission of the person who answered the door. This points to them being the type of evil that doesn’t have any power until you invite it into your life.

And as for what happens when someone actually does let the Black Eyed Children in, well no one seems to know. Many people believe that it means those who let the them inside don’t survive to tell the tale. Who knows, but if you hear three knocks on your door and eerie looking children are on your doorstep it might be a good idea to check their eyes first.

If their eyes are inky black whatever you do, don’t let them in.