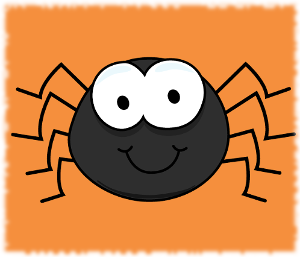 This week’s shoutout goes out to Hailie M. who wrote me an email about spiders that got me thinking.

If you’re subscribed to get stories by email you probably noticed this in the last email near the story about Ron Weasley:

If you answered “Yes” to that question, send me an email because that’s just crazy :P. If not then read on…

You see, Ron Weasley and I have something in common, we are both really afraid of spiders. Like him I’ll even get nightmares about spiders sometimes, though luckily none of them have tried to make me tapdance (yet).

Hailie M. saw my question about spiders and wrote:

I like spiders!!! I have a pet tarantula named Sir Paul and I LOVE all your story’s you share.

I thought that was pretty cool. No way in a million years would I ever have a pet spider, but it’s nice to know that other people are into it and aren’t terrified beyond belief at the idea lol. And really it just goes to show that one person’s fear is another person’s beloved pet –definitely something interesting to think about this Halloween :D.