Blue Baby And The Broken Mirror: The Scary Story That Inspired The Game 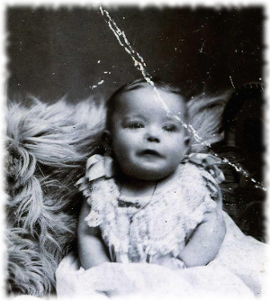 There’s a scary story that’s often requested here, but I just haven’t gotten around to it until today: the spooky urban legend usually known as Blue Baby.

I first heard of the Blue Baby story when a reader going by the name of Jelly commented on the true story behind Bloody Mary:

“Have you ever heard of the story of blue baby? I would really like to read one of your stories on it…”

I think Jelly had an instinct that the two stories of Blue Baby and Bloody Mary were related. Even the games that people play to try to call the ghosts into mirrors are quite similar.

But before we get into that let’s hear the scary story of Blue Baby: 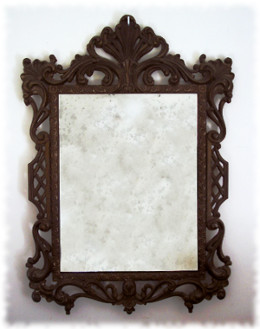 There was once a baby whose eyes were the brightest blue color that anybody had ever seen. After he was born he soon got the nickname Baby Blue, and whenever a person came around him they just couldn’t help but to come over and rock him in their arms so that they could gaze into his bright blue eyes.

Well, that is, unless that person was Baby Blue’s mother.

Baby Blue’s mother did not want children. What she liked best was to sit in front of the giant mirror in her bedroom and to spend hours on her hair and makeup so that she looked just perfect. Every evening she would go out and have dinner with her friends at the latest trendy restaurant, and she knew if she didn’t dress in the latest fashion that her friends would be talking behind her back the next day. Or worse, never invite her to go out with them again.

The problem was, every day without fail when she sat down in front of her mirror Baby Blue would start to cry. She tried placing a cover over his crib, putting him on the other side of the house, and even flat out ignoring him, but he would always cry until she came pick him up.

You see, even though Baby Blue’s mother didn’t like him very much, he loved her dearly and didn’t feel happy unless he was in her arms. But it was this very love for her that eventually led to his death. 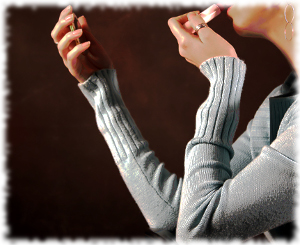 People had been whispering. Baby Blue’s mother knew it was about her because whenever she got close they would suddenly go quiet and put on big fake smiles. There was no doubt about it, she had fallen behind, not only in her hair and makeup but also she hadn’t had the time to go shopping for clothes like she used to.

She knew her time was running out and that this dinner, the Saturday dinner, might be the last time she was ever invited if she didn’t show them the last few weeks were simply a fluke. She skipped having lunch and went straight to doing her makeup. But almost right away Baby Blue started to scream for her to hold him. It put so much pressure on her that her hand shook as she tried to do her eyeliner.

Hours went by, and as she looked at herself in the mirror she knew that the way she looked would not pass the test. She would be a laughing stock. And all the while Baby Blue have been crying in the background.

In a fit of rage she threw her expensive perfume bottle towards her own reflection and the mirror shattered. This only served to make things worse as now she didn’t even have a proper mirror to finish getting ready with. In the background she could hear Baby Blue crying harder after hearing such a scary noise. Something snapped in her at that moment and she grabbed one of the big shards of glass from her mirror. Soon Baby Blue had stopped crying. 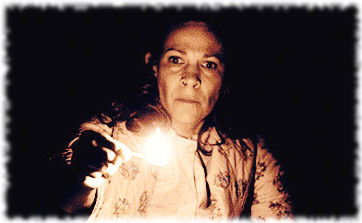 She sat on the floor for a long time, way past the dinner date she was supposed to go to. “It’s time to put Baby Blue to bed now,” she thought to herself sleepily and walked over to his crib. But when she got there she saw his lifeless body lying there with a shard of glass on the pillow. His empty eyes stared up at the ceiling, and perhaps for the first time ever she saw how beautiful the blue in his eyes were.

Desperately she tried to rock him in her arms to wake him up, but it was too late. Soon in madness she picked up the shard of glass from the crib and took her own life, in hopes that doing this would reunite her with her beloved son.

But it didn’t work, and this is where the Blue Baby game comes in… 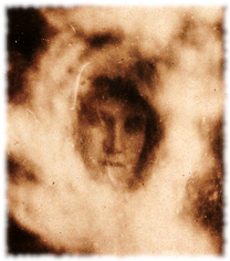 All around the world people like to do games or little rituals to test their limits of fear and explore the idea that there might be some existence beyond death. One way to do that is to play the Blue Baby game.

It can be played with only one person or a group, but basically you have to go into a bathroom that has been made to be pitch black, and lock the door behind you. Then stretch your arms out away from your body with palms up until you or one of your friends feel like a baby has been placed in your arms. That person then needs to take the baby close to them and cradle it in their arms, rocking the “baby” 13 times while saying Blue Baby over and over.

A baby will then appear in that persons arms …or at least its piercing blue eyes looking up at them. Sometimes people will start to feel scratches on their arms or legs, and at that point everyone should run to unlock the door and get out as soon as possible. Why? Because the scratches mean that soon a woman will appear in the mirror screaming a ghostly scream for her baby. She will kill anyone in her path in her quest to get her baby back and anyone is lucky just to escape with a few scratches.

The similarities between the Blue Baby game and the Bloody Mary game are many. Dark bathroom, ritual chanting, a screaming ghost coming out of the mirror, and the appearance of scratches. In many versions of the Bloody Mary game, Bloody Mary is in search of her lost baby and she’ll go after any person who calls her name in hopes of getting her baby back.

I think though that the biggest similarity between the Bloody Mary game and Blue Baby are the generations of people who have played these games. They were all looking for a scary, otherworldly experience, but not everyone was ready for it…