Hidden From Disney: Shoutout This Week To Jenevieve 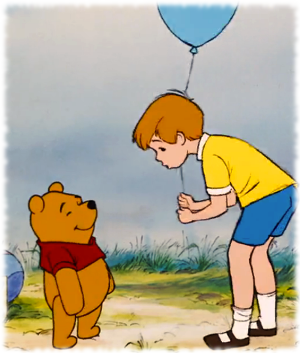 The shoutout this week is to a reader named Jenevieve who read The True Story Behind Winnie The Pooh and had a realization about her own life:

“Hi Anita,.. This is such an unexpected moment upon finding this story about the real Christopher Robin, ironically 54 years into my life!

You’re not going to believe this, but,. my grandfather started Walt Disney Studio’s with Walt Disney. My Grandmother was “Archived’ in the Disney Records as being Walt’s personal seamstress. My mum’s sister was the head secretary who ran the tax department for Disney.

What leaves me awestruck, is that the real Christopher Robin and I had somewhat similar parental issues. From what I was told, my mother could not have any further children after having my brother, as she had been in a very serious car accident. Her brother in law told her that he didn’t want my brother to grow up a spoiled only child, thus my parents were FORCED to adopt a child, being me! 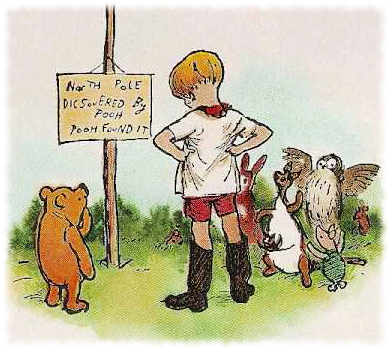 As I remember my childhood, I was left to play alone in a dark closet , being left with a record player and the original vinyl record of “Winnie the Pooh,” narrated by Sebastian Cabot.

Also, where Christopher Robin played his imaginary games, I was left with a tray of blue Play School wooden blocks and a brown paper bad. I would play “Knock knock Halloween in the dark hallway outside the closet.

As I look back, I will NEVER understand WHY I was hidden from the Disney family and the “Disney world”, as it’s my understanding that my parents and grandparents had a “Very intimate relationship” with the Disneys. What also disappointments me, is that I will never know what my mum did with my Pooh bear and my record?

I just happen to want to post an image of the Pooh gang on my FB page, yet I couldn’t find the picture in my files, so I looked up the picture online, .. to stumble upon your article. 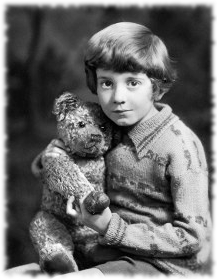 THANK YOU! THANK YOU so much for posting the article as it has given me so much peace today upon the similarities and connection I had to Pooh as Christopher Robin did”

Thanks for sharing your story. My heart goes out to you, especially your childhood-self who was locked away all those years!

I am glad you have found peace the day you read about Christopher Robin’s story, I hope you have many more days of peacefulness to come!