Crying Ghosts In The Girls’ Bathroom: Shoutout This Week To Missy 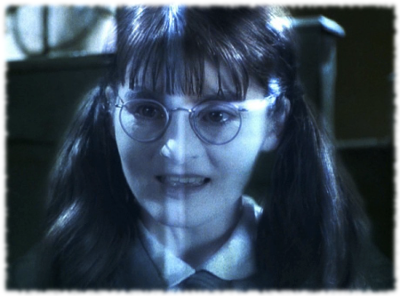 The shoutout this week is to a reader named Missy, who saw the Legend Of Hanako-San story and felt like it reminded her of someone she had seen before…

“OMG!!! Is it just me or does this sound A LOT like Moaning Myrtle? The out of order bathroom, how she got bullied.”

I thought that Missy had a great observation, and reading her comment made me want to look into whether JK Rowling had been inspired by the story of Hanako-San to create Moaning Myrtle.

You might remember Moaning Myrtle as the extremely moody ghost from the Harry Potter series. She was a girl who had been a target of bullying by the other girls in her class. They liked to make fun of her glasses and the huge amounts of acne on her face.

After a particularly vicious round of bullying one day, she had ran into a stall in the girl’s bathroom to cry. It was there in that stall that she met her death, leading her to haunt that bathroom for generations. Her ghost was so annoying that almost everyone in the school forever avoided that entire bathroom, making it a great place to do things like brew forbidden potions.

I’ve always thought Moaning Myrtle was a fun character, the kind of ghost that wouldn’t scare you half to death if you met her, though you’d be driven away for other reasons (the whining, for example). 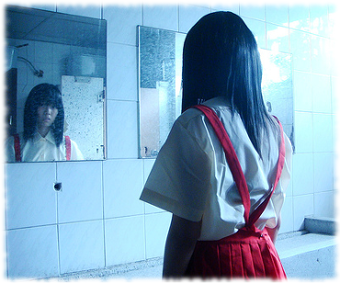 Hanako-San was also a girl who was relentlessly bullied by her classmates. Bullying is apparently a huge problem in Japanese schools and can become quite vicious.

Hanako-San was the victim of this kind of extreme bullying and would often run into the girl’s bathroom to escape the bullies and cry, with the 3rd stall being her favorite one to hide in. But one day when she was hiding in there she died, either by suicide or the ceiling collapsing on her, depending on which story you hear.

The ghost Hanako-San is a more frightening character than Moaning Myrtle by far. If someone calls out to her she will either slowly whisper a response or reach out to drag the person into the bathroom stall to try and kill them. Although some stories about Hanako-San do tell of how she will come to the aid of kids who are being bullied if they go to her for help.

Even though the two ghosts have dramatically different ways of dealing with their trauma, there is no doubt that their stories are very similar. We know that the story of Hanako-San dates back to at least the time of World War II and so is much older than the creation of Moaning Myrtle. That leaves us with the question, did Hanako-San have any influence over the creation of Moaning Myrtle?

Only JK Rowling would know, and a little bit of digging turned up this quote where she explains how she got the idea for Moaning Myrtle: 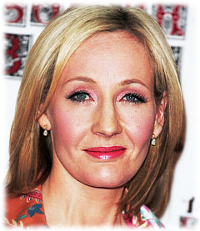 The inspiration for Moaning Myrtle was the frequent presence of a crying girl in communal bathrooms, especially at the parties and discos of my youth.

So Hanako-San hadn’t inspired Moaning Myrtle, but instead they both came out of the same real-life phenomenon of girls running into bathrooms to cry things out.

And let’s face it, bullying is the number one reason girls run crying into bathrooms. Especially at school.

Though in the world of stories, some of the girls never make it back out and end up lingering on as ghosts. They can’t seem to work through the trauma of how they were bullied during their life, and so end up haunting generation after generation of people. …Or at least those people brave enough to get near the girls’ bathroom!