Revenge Of The Indian King: The Legend And True Story Behind It 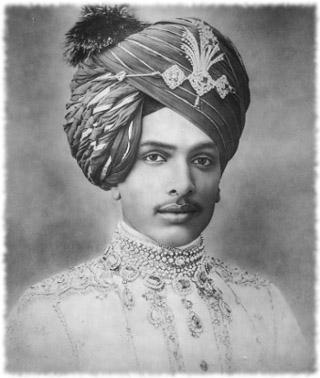 Called ‘The Revenge Of The Indian King’, this tale tells of how a king found himself the victim of people’s prejudices, and how he got his own special type of revenge.

Thanks to my wife Jennifer for bringing this story to my attention. Apparently it’s been gaining in popularity for quite some time, but for some reason I hadn’t heard of it until now (I know, *gasp*)…

Many years ago the king of India, called the Maharaja, was visiting London on an official trip. His job during the visit was to sit in his royal outfit and look Kingly during the long, boring ceremonies.

He saw hundreds of people each day but was not allowed to have more than a quick conversation with any of them. Worse were the dull speeches by politicians who droned on for hours …blah, blah, blah. And he was expected to always look interested no matter what. 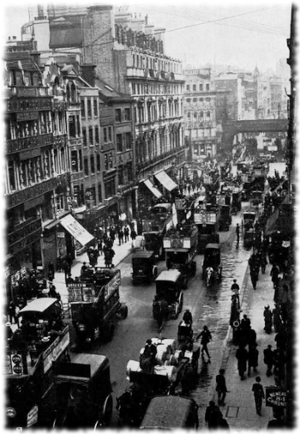 After two days of this he became bored to the point of tears. What was the purpose of being the Maharaja if you were no more than a prisoner to dull ceremonies?

Then during a break between meetings the Maharaja was struck with an exciting idea. He was supposed to go back to his hotel and change into yet another bejewelled royal outfit before dinner. However, he decided to sneak a little freedom into his trip instead.

He went to his two most trusted assistants and borrowed some common clothes from them. Then they all slipped out of the hotel window, tiptoeing down the fire escape to the busy street below.

You see, the Maharaja knew that just around the corner from the hotel was a Rolls Royce showroom. And this particular showroom was displaying the newest set of luxury Rolls Royce cars. He was so excited that he practically ran to the building. And even before he got through the door his eyes were already glittering with all the new possibilities for him to purchase. Now this was living!

Inside the showroom he drank in the details of every new luxurious vehicle, taking note in his mind of how many of each he would buy. Strangely, much time went by yet no salesman appeared to help him set up his purchases. 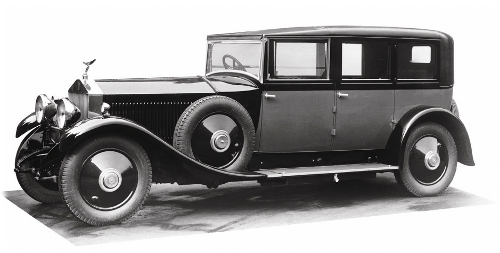 He didn’t worry about it too much though, because he turned all his attention to the most expensive car in the showroom. He sat in the driver’s seat and put his hands on the wheel, closing his eyes and imagining a thrilling race against his friends back home. In his mind he saw himself winning the title of king of the race, easily crossing the finish line in his shiny new Rolls Royce.

But his imaginary race was interrupted suddenly when two salesmen came up to the car and rudely opened the door. They pointed to the exit and asked him to “please leave the showroom immediately”.

The message was clear: he didn’t look like the kind of person that had enough money to purchase a Rolls Royce.

To their eyes he was just a common man that spoke with a thick Indian accent, and he needed to get out of the way of the “real” buyers.

The Maharaja’s assistants couldn’t bear the insult to their king and immediately started to protest, but he held his hand up to silence them. He walked out of the showroom slowly and with dignity, but inside he was boiling with thoughts of revenge. 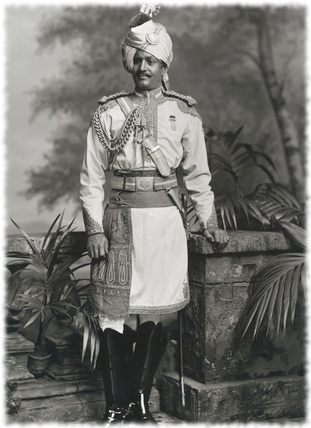 Back at the hotel the Maharaja changed into his most decorative royal outfit. He clapped his hands twice and ordered his staff to contact the Rolls Royce showroom immediately. They were to announce that the King of India would arrive in an hour.

This time when he walked through the showroom doors he was wearing his spectacular royal costume. Behind him followed his many royal attendants. All the showroom staff were smiling and lined up to greet him, and they had even put out a velvety red carpet. The owner of the showroom bowed low and offered to personally show the Majaraja all the cars he desired.

The Maharaja played it cool and toured the showroom as if it was the first time he’d seen it. He cheerfully ordered six of the very most luxurious cars and paid extra to have them shipped to India.

What he did after that made headlines around the world.

When the Maharaja arrived back in India he had the cars prepared in a very —special– way. He had brooms tied to the front fenders and garbage cans shoved into the back. He then sent the fleet of Rolls Royce luxury cars to do garbage and street sweeping duty in the most disgusting areas of the capital. The cars were ordered to go slow, so that as many people as possible could witness the spectacle. 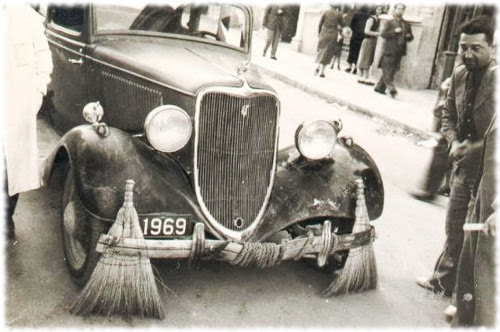 The Maharaja’s plan began to work within the first week. Newspapers got a hold of the story and soon headlines around the world proclaimed that Rolls Royce “luxury” cars were being used for garbage duty in India. The name Rolls Royce started to become a joke and the owners of Rolls Royce’s were suddenly shy to be seen in their expensive cars, for fear of becoming a joke themselves.

When Rolls Royce headquarters found out how the Maharaja had been snubbed at the London showroom, they offered gift after gift to appease him. Free cars, his own showroom, even the possibility of naming a future Rolls Royce car after him. He took his time to respond, but eventually told them he would stop using Rolls Royce cars for garbage duty on a single condition only. His condition was that all Rolls Royce showrooms around the world treat people fairly, no matter how they looked.

Rolls Royce headquarters agreed to his terms within minutes. The Maharaja then made an official phone call giving the order to recall the Rolls Royces from their garbage duty. And as he put down the phone he couldn’t help but have a big smile on his face, his plan had turned out perfectly. He had taught Rolls Royce a lesson.

HUNT FOR THE TRUE STORY

Great story huh? But is any of it true?

Looking into this story I found that the royal families of India did indeed love themselves some Rolls Royce’s. They were notorious for buying the luxury vehicles, sometimes even modifying Rolls Royce’s to use for tiger hunting.

But the famous picture of ‘Street Sweeping Rolls Royce’s’ that have been circulating the internet along with this story appear to be of Israeli origin. Also if you look closely at the people in the background they don’t seem to be Indian people. 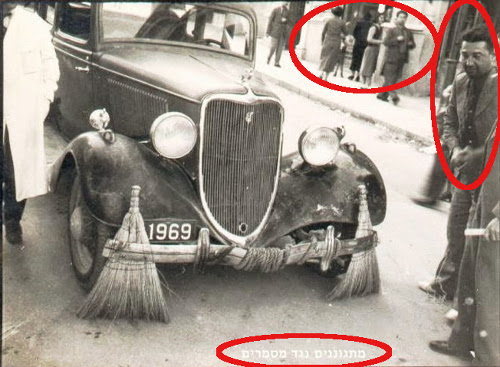 And when I looked into newspaper archives there weren’t any articles about Rolls Royce becoming a laughing stock.

In fact all evidence pointed to the story being an imaginary, albeit funny tale –that is, until I came across this quote from a modern Maharaja that had been interviewed by The Telegraph:

“That incident was burnt into the collective family memory,” said the present-day Maharaja of Alwar, Jeetender Singh. “We were perhaps the only royal family that was allowed to buy any car except a Rolls-Royce. We have numerous vintage cars but not a single Rolls.”

Whaaaat? According to this Maharaja the true story happened in the 1920’s to the Majaraja of Alwar.

The Majaraja of Alwar had gone into a Rolls Royce showroom to purchase a Rolls Royce Phantom II Tourer. But instead of wearing his grand clothing, that day he had dressed in normal clothes. When he tried to get help from the salesman on duty the guy completely snubbed him, thinking he was below the salesman and wasting time.

It was then that the Majaraja of Alwar found the manager of the showroom. He declared he would buy all the cars on display, on the condition that the salesman from earlier would deliver the cars personally to the Majaraja’s palace in India. 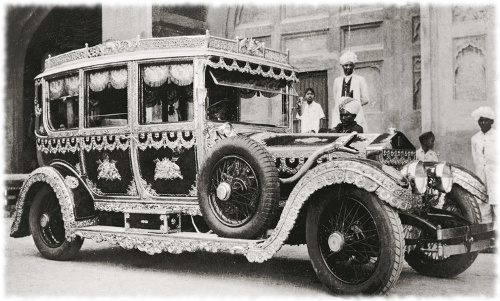 The salesman quickly became the envy of all the other salesmen of the showroom. However, his bubble was burst when he got to the palace in India. After the cars were delivered to the front of the palace, the salesman proudly stood in the front to receive the Majaraja of Alwar. The Majaraja then walked out and nodded to his assistant, commanding that these new Rolls Royce cars were now to be used for –you guessed it– collecting trash around the city.

The salesman was humiliated, and when word got back to Rolls Royce about the incident the company banned the Majaraja and his family from further purchasing more Rolls Royce’s. But it was too late, as the Majaraja of Alwar had already gotten his revenge.

BASED ON A TRUE STORY

So there you have it, ‘The Revenge Of The Indian King’ is actually based on a true story. I would have liked to see the look on the salesman’s face when he realized that the Majaraja was going to use all those Rolls Royce’s for garbage duty.

One thing is for sure, he learned that it’s not a good idea to judge a book by it’s cover!