The Obsession Of Carl Tanzler: A True Story That Will Haunt You 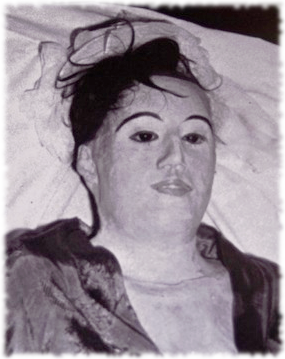 At the age of twelve he had a dream that his ancestor, Countess Anna Constantia von Cosel, revealed to him the face of the woman he was “destined” to be with.

THE DEATH OF ELENA DE HOYOS

Elena De Hoyos was having the worst time of her life. She had been pregnant, but then suffered a miscarriage. Shortly after the miscarriage, her husband left her and moved away to another city. 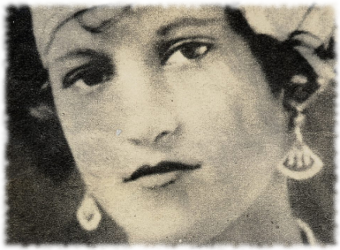 Then she came down with tuberculosis, a disease of the lungs that was killing people all around her.

In desperation, her mother brought her to a local hospital in Key West, Florida in the hopes that some new treatment might save her life.

It was there that she met a man named Carl Tanzler.

He was strange, no doubt about it. From the moment he laid eyes on Elena he was eerily obsessed, claiming that he had seen her exact face in a dream when he was only twelve years old, before she’d even been born.

He had been looking for her ever since. Thinking about every little detail of her face, dreaming about it. 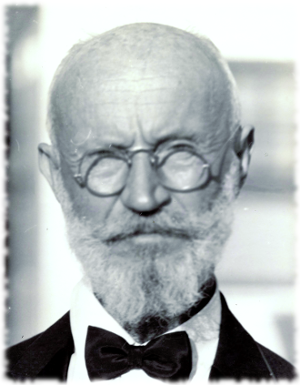 Nothing mattered to him, only his obsession that she was his destiny.

But Elena had bigger things to worry about: trying to survive tuberculosis. She definitely did not feel that Carl Tanzler was her destiny. Yes, the gifts were flattering, but what kept her talking to him were the promises he made about her health. 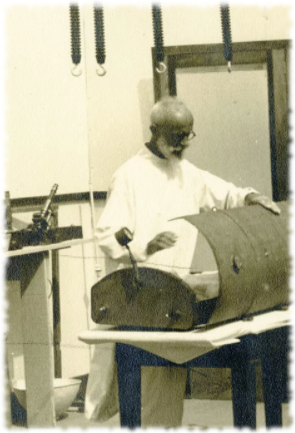 He said that that he was an experienced submarine captain. He claimed that he had nine university degrees. He said that he knew the medical procedures that would to cure her tuberculosis, and that he could build the machines needed to do them.

He gave her numerous medicines, took x-rays, and showed up with all kinds of so-called medical equipment.

Turns out that he didn’t have the knowledge to cure her of tuberculosis after all. Despite all the “treatments”, she died at her parent’s home about a year after meeting him.

But for Carl Tanzler, this was not the end of the story.

Elena’s parents were moved by Carl Tanzler’s efforts to save their daughter. Yes, he was creepy, but at the same time he had done more than even Elena’s own husband ever did to try and save her.

So when he offered to pay for her funeral and to have an above ground tomb be built for her, her parents agreed. 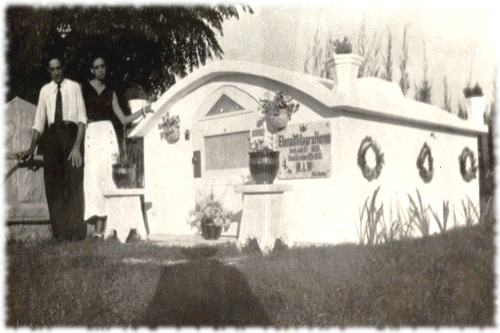 And when he asked for some of her hair, they again agreed.

After the tomb was finished Carl Tanzler was seen visiting it every night. Everyone thought it was sweet how he clung to her, but no one knew that he was the only one who had the key. No one knew he had a phone installed inside the tomb.

No one knew that he was secretly …preserving… her.

And no one knew that one quiet night, Carl Tanzler gathered up the corpse of Elena De Hoyos and put her in a red toy wagon. He then dragged the wagon all the way back to the hospital, where he had set up a special place for “Elena”.

Well, it wasn’t exactly IN the hospital. You see, behind the hospital there sat the wingless body of an old airplane. It was here that Carl Tanzler set up his laboratory. 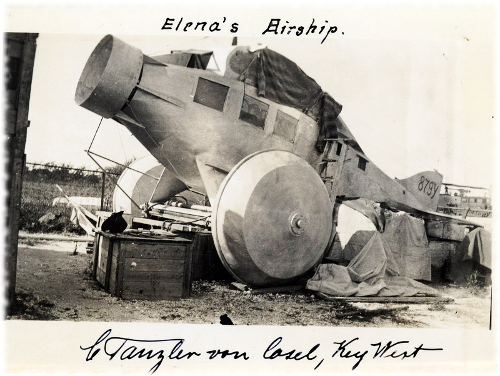 He spent many days reconstructing “Elena” using wires, coat hangers, and plaster. Glass eyes now stared up at the ceiling of the plane.

Then he dressed the new “Elena” in a wedding ress and put her back in the red wagon, this time taking her to his house.

And there she stayed for almost a decade.

At night he would lay her in his bed and sleep next to her. During the day he would set her up in a chair and play love songs for her on a small organ he had made. Or, sometimes, he would just talk endlessly to “her”.

But the hot and humid Florida summers began to take their toll on the corpse. Carl Tanzler had created his own little world inside his house, but reality kept intruding.

He desperately poured disinfectant and perfume all over the place. 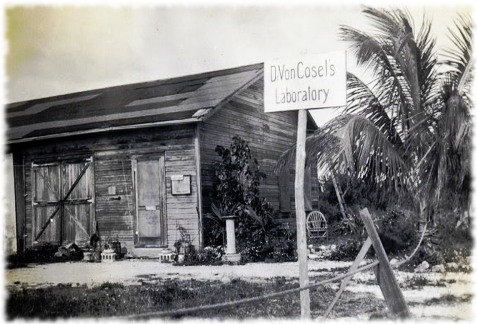 And as her skin decomposed, he used silk cloth drenched in wax and plaster to replace it. When her hair fell out, he made a wig from the hair he had asked her family for, and glued it onto her skull.

You see, Carl Tanzler liked to imagine that he was a scientific genius that was destined for greatness. Even though he had failed to save Elena from tuberculosis, he now convinced himself that he could reclaim her from death itself.

Even when faced with a rapidly rotting corpse lying in his bed, he clung to his fantasy world. The plane, he told himself, was the answer.

He would rebuild the plane and take the corpse up into “the stratosphere so radiation could penetrate her tissues and restore her to life.” Someday.

But that day never came, people were starting to get suspicious. 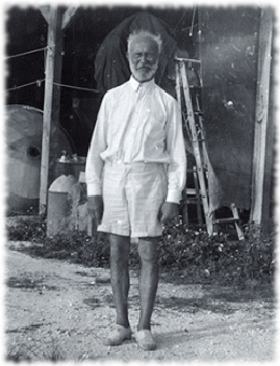 Over the years rumors had circulated.

At first the family of Elena De Hoyos had brushed them off. Yes, Carl Tanzler was a little creepy, but in the end he turned out to be a sweet old man who had fallen in love with their Elena and tried to save her life. …right?

But then one day a boy who was walking by Carl Tanzler’s house happened to glance in the window at just the right time. He saw Carl Tanzler dancing with what appeared to be a life-sized doll which had an eerie resemblance to Elena De Hoyos.

News got back to the family. Come to think of it, they said to each other, no one had seen Carl Tanzler at Elena’s tomb in many years.

Elena’s sister gathered up her courage and confronted him about the rumors. She made him go to Elena’s tomb and demanded that he open the door.

In the end, he refused to open it. Instead he told her,

“Come to my house, there’s something you need to see.”

When Elena’s sister went to Carl Tanzler’s house she was overwhelmed by the smells. As she approached the bedroom, she saw, to her horror, a figure through the curtains on his bed. 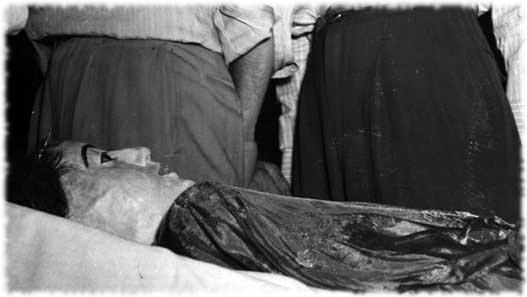 She took slow steps forward. The closer she got, the more she could see that the figure looked like her dead sister.

She rushed out and brought the police back to the house. When they opened the door they saw Elena sitting there.

Carl Tanzler had dressed her in a Kimono and propped her up in a chair. In her hand was a single rose.

He was immediately arrested. 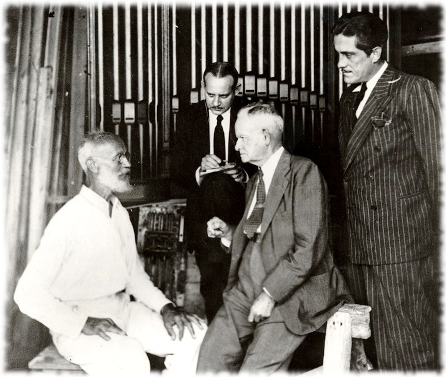 The situation soon became famous in the area. There was much media attention, and a trial. Carl Tanzler was examined by a psychiatrist and deemed mentally competent to stand trial. He was charged with destroying a grave site and graverobbing.

But the courts discovered that too much time had passed since he had stolen Elena’s corpse and the charges had to be dropped.

The public’s reaction to this? People were generally happy that Carl Tanzler had been set free. Instead of a creepy graverobber, most people saw him as a romantic old man who was so madly in love he was willing to sleep in the same bed as a corpse. 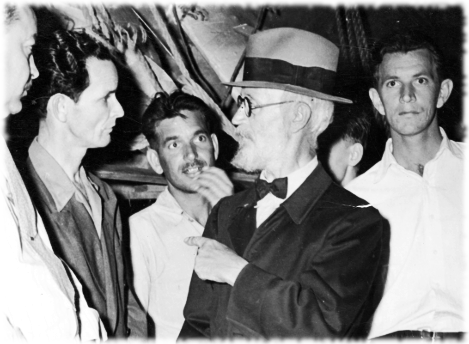 After the trial was cut short, Elena’s body was put on display at a local funeral home for everyone to come by and gawk at. They then re-buried her in a steel box at a secret location.

As for Carl Tanzler, he gave tours of his “laboratory” in exchange for money. And when the money stopped coming in he decided it was time for a change of scenery. He then went to Elena’s tomb, blew it up, and proceeded to move to a new town.

And that was the end of it…right? Not for him.

When Carl Tanzler died many years later, his body was found on the floor next to a life-sized replica of Elena’s body. Now this was freaky enough on it’s own, but when investigators looked more closely, they saw that the face on the body was eerily lifelike.

Turns out he had made a death mask from the face of Elena’s corpse, and had used this mask as a starting point to build a new “Elena”. He had lived and obsessed over this new “Elena” and her face until his death. 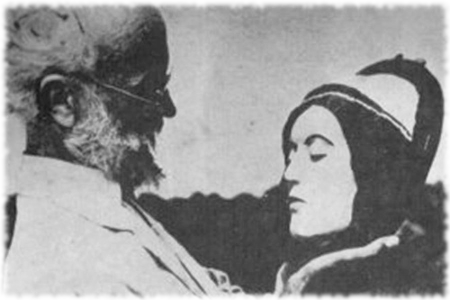 So in his own twisted way, Carl Tanzler had made the dream he’d had as a twelve year old come true. The face his ancestor had revealed to him, through his extreme obsession, had become his destiny after all.

**What do YOU think? Was Carl Tanzler a sweet old man in love, or a creepy grave robber?**

HIT THE LIKE BUTTON? :)
Tags : Halloween stories, scary stories, stories to give you nightmares, strange but true stories
10/31/2017
11 Comments