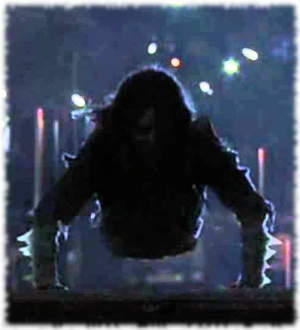 From Slender Man to Kuchisake Onna, it seems like there are all manner of evil beings that will stalk your footsteps on your way home. Especially if the sun is starting to go down.

THE GIRL IN THE WINDOW

A boy was walking home from school, alone.

He usually walked home with a friend, but his friend had been mysteriously absent from class that day.

At first the boy told himself that walking alone was no big deal. But as evening began to fall he couldn’t help but notice all the dark shadows between the street lights.

And as he stepped over the railroad tracks that marked the halfway point between the school and his house, he zipped up his coat and whispered to himself, ‘Where is everybody?’

Usually he saw at least a couple of other school kids on their way home or an adult walking their dog or something. 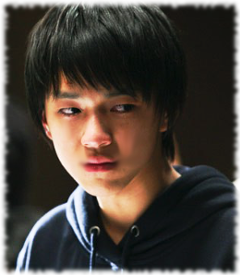 He scanned the area as he walked, nothing. But then again it was starting to get a bit misty out as night was approaching, so maybe people were staying inside. Maybe?

Suddenly a movement caught his attention, it was very slight but enough to make him turn and look.

Near him was an old brick building with one of the windows on the second floor open.

Looking out of the window was a girl. Her elbows were resting on the windowsill and she had her head in her hands, gazing out as if in a daze.

The boy held his breath, this was the most beautiful girl he had ever seen. And to see her there in the midst of such a gloomy walk home, that felt magical to him.

He walked across the grass towards the building. He wanted to get closer and see her more clearly.

However, things did not go as he planned.

As he approached the building his foot brushed against an empty potato chip bag lying in the grass.

At the sound of this the girl snapped out of her daze and her eyes whipped towards him. She glared at him so hard that he stumbled backwards.

The girl put her hands on the windowsill and raised herself up. It was then that the boy saw the most horrifying thing he’d ever seen in his life, the bottom part of her body was gone. Like it had been chopped off.

But then… how could she even be alive? 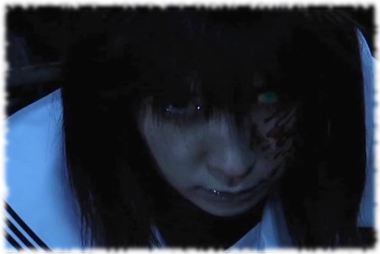 The boy stumbled backwards for a few more steps and then began to run, dropping his backpack. Behind him he could hear the girl jump down from the window and make scraping sounds as she rapidly came towards him.

In the last remaining moments of his life he looked back over his shoulder to see how close she was.

Gazing up at him was a twisted and mangled face with teeth clenched in anger. Her shirt was covered in blood and she was using her nails to drag her torso along the road.

The last thing he saw was one of her bloody hands reaching out towards him.

THE LAST DAY OF KASHIMA REIKO

This is just one of many tales out there about people being attacked by Teke Teke. But who is this she exactly and where did she come from? 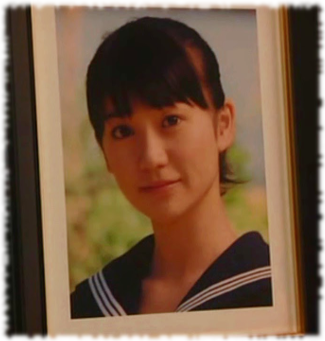 Urban legend tells us that it all began with a girl from Japan named Kashima Reiko. She was a girl who was shy and timid at school, never really quite fitting in.

Over the years she became the target of constant bullying by the other kids in her class.

In Japan they have many high speed trains that help everyone get around, and Kashima Reiko took one of these trains home from school each day.

On one drizzly day as she was waiting on the train platform some other kids behind her decided to play a trick. They pretended to be walking innocently by, then a girl pushed Kashima Reiko towards the edge of the platform as a train was approaching.

The idea was to scare Kashima Reiko and make her cry, but not actually push her too far towards the train. However, things went very wrong. The girl pushed Kashima Reiko too hard, and with the platform being so slippery Kashima Reiko fell right into the path of the high speed train. As the train passed, her body became split in half.

This was the day Kashima Reiko became the creature known as Teke Teke. 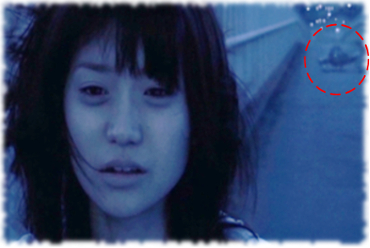 And why do they call her Teke Teke? The name comes from the scraping sound that you hear when she is coming to get you.

Teke Teke is a huge urban legend in Japan and many people believe that she stalks people walking along roads, especially the areas around train tracks. She is looking for anybody who even slightly resembles the kids who bullied her.

Sometimes, like Kuchisake Onna, she will ask you a trick question where you will have a chance to save your life if you know the right answer. But often she simply attacks and will even cut the victim in half to get revenge for her own gruesome death.

Will Teke Teke ever work through the anguish of what happened on the day that she died, or will she forever roam the streets looking to get revenge? I don’t know, but one thing is for sure, never walk home alone…