The Runaway Grandmother: A Shocking Urban Legend, But What Does It Mean? 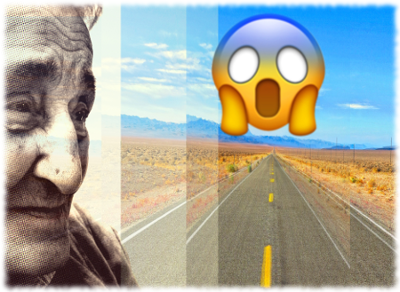 What do you do when a family vacation suddenly takes a deadly twist?

In this classic urban legend known as ‘The Runaway Grandmother’ a shocked family does the best they can to deal with the crazy situation they find themselves in.

Do they do the right thing? And what the heck does this story mean? Read on and see for yourself, but make sure you keep an eye on Grandma…

A family from the snowy north was taking a long-awaited vacation to Mexico.

The mother, father, two kids, and grandmother had all squeezed themselves and all their luggage into a station wagon, and after many miles finally crossed the border into Mexico.

The warmth of the desert sun felt absolutely incredible as it shone in through the station wagon windows, melting away their worries.

At least, that’s what they thought until it was time to pull over to stretch out from all the driving.

The kids called to their parents from the back seat, “We can’t get Grandma to wake up!”

The parents looked for themselves and saw that Grandma wasn’t sleeping but that she had actually died some time ago while riding in the back seat. Everyone had just assumed she was taking a nap, and no one had bothered to try to wake 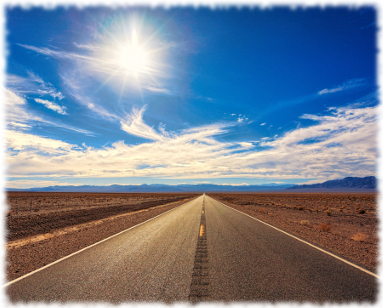 her up for the border crossing or any of the scenery.

The parents had a big problem now, what to do? They were in the middle of nowhere and they knew that in the heat the smell would soon start to get …unpleasant.

Would they make their poor kids sit in the backseat with Grandma’s corpse for hours in the hot sun or what?

The parents talked frantically amongst themselves and after some time the father came up with a plan. It was not an ideal plan, but the parents felt like they had no choice.

The plan? They wrapped Grandma in an old tarp from the emergency kit of the car and secured her to the roof.

They then unfolded their map and found the nearest town, about two and a half hours away, and headed for it. There they could find a police station and get some help finding someone to take care of the body.

Everyone felt a little guilty about having Grandma on the roof, but they had to admit that at the same time things were a lot less cramped now in the back of the car.

When they finally got to the town on the map, they drove around and saw that it wasn’t even big enough to have a police station.

By this point everyone was a bit panicked and starving, as lunch had been skipped in all the commotion and now it was getting to be dinner time. 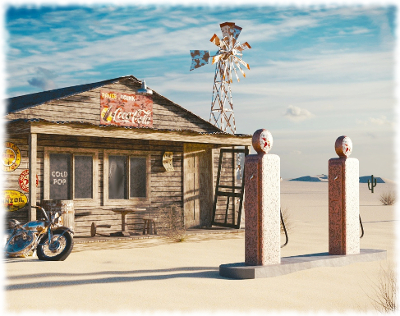 So the parents settled on stopping at a gas station where everyone could go in to get some snacks, and hopefully even get some help for their situation.

Through some broken Spanish the parents were able to explain what happened and get directions to the nearest police station in the next town over. So with potato chips and drinks in hand the family went out the door to face their next trek.

But what they saw stopped them in their tracks. Or actually it was what they didn’t see.

The station wagon was gone. Someone had stolen it, Grandma and all!

Things went downhill from there. The authorities searched the whole area but no trace of the station wagon or Grandma were ever found.

Some people laughed at the story but the family was livid, as without a body they couldn’t even prove that she was dead and it took seven years before the courts would go forward with her will.

WHAT DOES THE RUNAWAY GRANDMOTHER URBAN LEGEND MEAN? 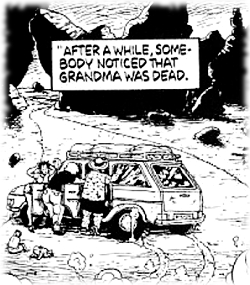 It’s not hard to see why The Runaway Grandmother urban legend is a classic. It’s a story that horrifies you yet makes you laugh at the same time.

And you can’t help but think about what you would do if you were faced with the same crazy situation.

Urban legends often deal with the fears and concerns of people in society, and The Runaway Grandmother story is a prime example.

This is an urban legend that some believe has roots going back to the 14th century, with each version changing to reflect a concern of the time. Like around WWII a popular version of The Runaway Grandmother told the story of a family who lost Grandma while trying to escape the Nazis.

Today’s versions of the story have to do with a family going on vacation and panicking when they discover Grandma had died while in the back seat.

To me this expresses some of the problems and fears of modern life.

In the old days people were intimately connected with most aspects of their existence. They made their own clothes, raised their own food, and even prepared their own loved ones when death happened.

It was even a tradition among many people in the old days to have their recently dead loved ones prepared by family and then displayed on the kitchen table for a time, while everyone in the community came to say their goodbyes. 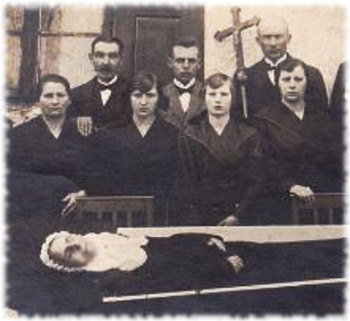 But in modern life we are usually cut off from the bits and pieces of our existence. Where does our food come from? No idea. Clothes? Made by strangers in some far off country.

And when it comes to death we are similarly cut off, with strangers coming in to whisk away the lifeless body of our loved ones.

What happens when these strangers process the body of our loved ones in the funeral home? We don’t really know the details, and we don’t usually want to know.

So The Runaway Grandmother urban legend deals with these fears and realities of modern life. Grandma has the audacity to die in a place where there are no strangers to jump in and take care of everything. The parents must face death and handle it themselves, at least for a time.

THE AMERICAN VERSIONS OF THE RUNAWAY GRANDMOTHER

The American versions of The Runaway Grandmother urban legend tend to have certain features, like it’s usually mentioned that the car was crowded in the back…until Grandma could be put on the roof.

Also it often mentions that since her body was stolen along with the car, the family can’t go forward collecting on her will until seven years afterward. 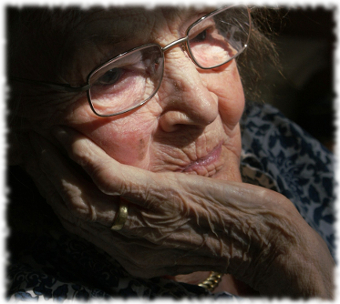 This reflects the extreme discomfort in American society with the idea of getting older, and ultimately with death itself.

It’s normal now to put our elderly members of the family into nursing homes, safely out of the way of the day-to-day lives of everyone else. And death is not faced by the rest of the family until it’s time to deal with the funeral and the will.

Notice though that in the urban legend the family seems to be punished for their lack of compassion towards Grandma. They are shocked by the theft of the car and everything that was with it, and also their inheritance is delayed for seven years.

Maybe the ghost of Grandma was insulted and arranged for better treatment! Who would blame her?