Rise Of The Shadow People: Visits From The Faceless Shadows 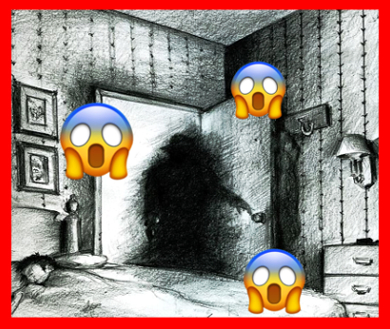 Reports of sightings of tall, faceless, shadowy figures have been increasing over the last decade.

These beings are known simply as ‘Shadow People’.

Everyone has woken up with the strange feeling that the was someone or something in the room with them that shouldn’t be there.

But for some people, they are actually able to see what it is…

You are lying in your bed and look at your bedroom door. Huh, that’s strange, the bedroom door is open but you clearly remember closing it before crawling under the covers.

And was that light on down the hall too?

Suddenly you snap awake. You had been dreaming.

But that dream has given you an eerie feeling so you go to sit up and take a look at the bedroom door to see if it’s actually open or not.

With ice running through your veins you realize that you can’t move your body. Arms, legs, even your head can’t move. Only your eyes are able to dart around in a panic to try and look around you. 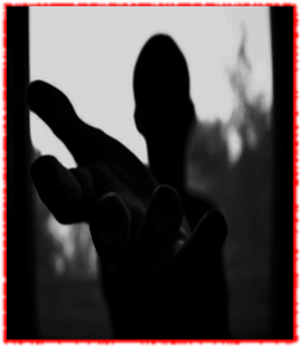 You have heard about this before: it’s sleep paralysis. Sleep paralysis is a condition where your mind wakes up from sleeping but your body is still locked in it’s paralyzed dreaming mode.

As you search your mind to try and remember how to get out of sleep paralysis, the hair on your arms stands up. You realize that there is a presence in the room with you. You sense that someone or something is standing there at the foot of your bed.

You try to scream but of course your jaw is locked in place, paralyzed like the rest of you.

Then a figure moves into your view and your eyes go wide. It’s an dark shadow figure, tall and looming over the side of your bed.

The figure is inky black, you can’t make out any features at all or even eyes. But you can FEEL it looking at you. It’s watching. What does it want? You can’t run away and you can’t even say a word.

It seems that the more your fear rises the closer the shadow figure seems to get. Now you notice that it is slowly stretching it’s arm towards the middle of your chest. You panic and try to do something to wake your body up. If you could only move away or scream for help, something.

Your mind becomes more and more frantic as the arm gets closer.

Then suddenly you are able to take in a deep breath through your mouth and let out a yell. You sit up in bed and the shadow person floats backwards, eventually going through the wall.

You can’t believe your eyes. Surely that all had to be some kind of twisted waking dream, right?

But what you don’t know yet is that this was only the beginning.

WHAT ARE THE SHADOW PEOPLE? 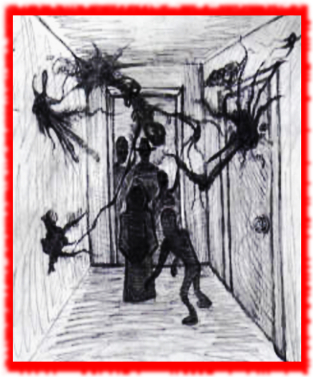 The above story is a combination of the many accounts of people being visited by Shadow People that I read while doing research for this post.

But as you have more and more of these kinds of encounters and their fear level rises, Shadow People will start to appear throughout the day. Mostly they will be seen from the corner of a person’s eye, but sometimes also as shadows running across the room or dipping in and out of walls.

You get the sense that you are never actually alone, there is always something lurking and waiting.

Sightings of Shadow People have been on the rise in recent years, no one knows why this is exactly. But everyone seems to have their own pet theory as to what the Shadow People actually are.

“There could be shadow galaxies, shadow stars and even shadow people.”

It’s the haunting mystery of it all, the realization that Shadow People can’t be pinned down as one particular thing or another that makes them so terrifying.

That and the stories.

When someone has an experience with a Shadow Person (or worse, a group of Shadow People) they tend to seek out information about Shadow People to try and understand what’s happening to them. 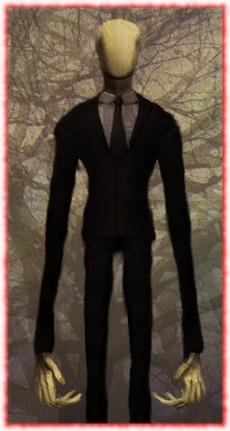 This search puts them into contact with other people’s stories about Shadow People and soon they can’t stop reading. But the problem is the stories often range from eerie to downright terrifying. This increases a person’s fear level and provides more fear for the Shadow People in their life to feed on.

It reminds me of the ‘Slender Sickness’ some people experience after researching Slender Man too much.
Slender Man is similar to the Shadow People in that he is a tall, faceless figure that lurks in the shadows and feeds off of people’s fear.

Victims of Slender Sickness will actually start experiencing physical symptoms like nausea, vomiting, and piercing headaches. Not to mention the biggest symptom of all …seeing Slender Man lurking in every shadow.

In fact reports of visits by Shadow People stretch back as far as human memory, being called by different names in different places.

Think it can’t happen to you? Be careful. One day you might wake up in the dark and as your eyes start to adjust to the darkness it could reveal a Shadow Person standing in the corner of your room, watching.

Or worse, standing next to your bed.

Seriously though have you ever had an encounter with a Shadow Person? Tell your story in the comments below …for those who will dare to read it!