When confronted with the mysterious are you the type of person who wants to find out more, or run away?

Not everyone is brave enough to come face to face with the unknown. In this ancient story from Japan a man does just that, and is shocked by what he finds…

The candy shop owner had been doing the same routine for almost forty years.

Like every other evening, after the sky got dark he closed the heavy wooden door and began to sweep. It was a relaxing chore, something to clear his mind before he went home to his family.

But that night three loud knocks broke the solitude of his sweeping. His heart nearly stopped from the fright of it and he ended up standing there with broom in hand, staring at the door.

After a short pause the knocks continued, but this time louder and more frantic sounding. Who could it be that needed candy so badly at this time of night? 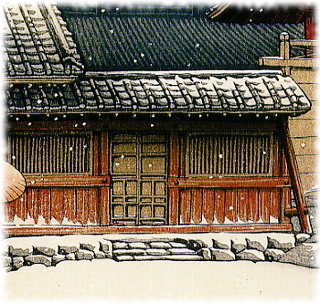 Curiosity won out over his fear and the man walked over and ever so slowly opened the door.

Standing there was a frail looking woman dressed in a simple, but beautiful white dress. Her hair, though, was a tattered mess.

She moved her palm towards him to show a small coin. “Please,” she said in a strained voice, “I have this and I need a piece of candy.”

He could plainly see that the coin was not worth much. Most candy shop owners would laugh in her face and tell her to come back with a proper amount of money. But he found it hard not to take pity on her.

He broke off a chunk of candy and handed it to her, trading the candy for the coin.
The woman cradled the candy in her hand like it was the most precious thing in the world, and ran off without saying another word.

“A strange encounter no doubt about it,” he mumbled to himself under his breath. On the way home he couldn’t help but ponder over what had happened. But in the end he dismissed it from his mind as another mystery that couldn’t be solved.

Or so he thought.

The next night when the candy shop owner opened the door to go home he nearly jumped out of his skin. Standing there on the other side of the door was the woman in white, with the same frazzled hair as the night before.

She was holding another small coin in her hand.

“Please, may I buy another bit of candy?”
“Why, y-y-yes,” he replied and broke off another piece of candy for her. She took it and ran off through the open door without another word.

At this point he wanted to follow her and see what this was all about. But stepping outside of the door he could see that the path she took through the trees was dark. The leaves rustled in an eerie way. 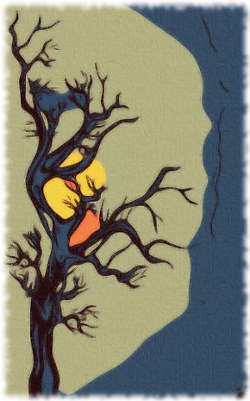 Instead he walked home to his comfortable, well-lit house.

Yes, she showed up the next night, and the next. All after dark, all after the wooden door was closed. The man began counting the number of times she showed up. One, two, three, four, five.

But on the sixth night the woman said something different. She explained this would be the last time she would come to the candy shop.

When hearing this a million questions popped up into the man’s head. But looking at the mysterious woman he found that none of his questions could quite make it out of his mouth.

And when she got the candy and ran out the door for the last time, he kicked himself for not asking her even a single question.

He hesitated a moment, but he couldn’t leave the mystery as it was. He quietly locked the door behind him and followed the woman at a distance down the path, which was dimly lit by the moon.

The man followed her through a winding path in the woods. When she emerged from the trees he could see that they had come upon the edge of a graveyard.

She went into the graveyard and stopped at a particular grave.

The man could barely force his feet to follow. He hid behind a bush and willed his teeth to stop chattering. But it was too late.

The woman turned around and looked directly at him, it was like an arrow had been sent straight through his body. 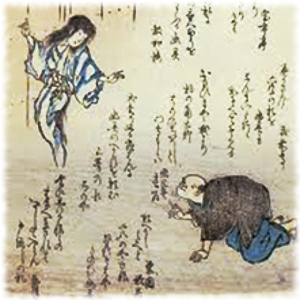 They locked eyes and a few seconds later the woman vanished into thin air.

The man sat frozen for a long time, just him and his chattering teeth. Finally he couldn’t stand it anymore and his curiosity won out over the fear.

He walked over to the grave and had a look around, but there was nothing.

The name on the headstone was not familiar in any way, and there was no sign of the woman anywhere. Her footprints stopped right at the grave.

Suddenly he had a sinking feeling. He was all alone …in a graveyard. His courage was starting to drain out of him and he wished he was back in his warm, comfortable shop.

Then he heard a noise —it was the cry of a baby, a muffled cry.
He could hardly believe it but the cry seemed to be coming from the dirt underneath his feet!

Pounding on the door, he explained to the head monk that there is a live baby buried in the cemetery.

A group of monks came out with the man to the grave site and dug up the grave. There they found a crying baby, clutching candy in his hand.

The head monk turned to the man and said that he remembered the recent burial of a woman who had died while pregnant. She miraculously must have given birth after being buried. 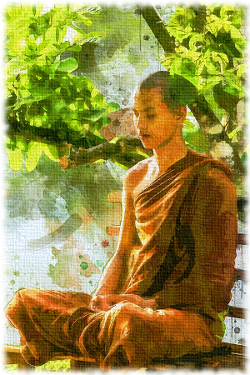 It was a custom back then that when a loved one died, you would bury them with six coins to pay for their soul’s passage into the afterlife. The ghost of the woman had used these coins to buy bits of candy for her baby to suck on, so that he could stay alive.

The head monk spoke gently to the corpse of the woman, explaining that he would take care of the baby now and that she didn’t have to worry anymore.

The candy store owner took six coins out of his pocket and laid them on the woman’s heart. In the years afterward he would visit her grave regularly, and leave sweets.

As for the baby, he grew up in the monastery and became a monk of high standing, never forgetting the love of his mother…that extended even after her death.