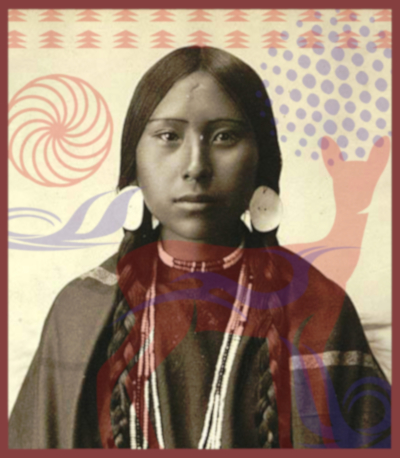 Imagine that you’re at a dance doing your thing, but suddenly get a weird feeling that something has changed in the room.

The mood has gone quiet.

You look around and spot a mysterious woman walking slowly, and she is absolutely turning everyone’s heads.

There are whispers and stares as she passes. Even though it’s the last song of the night, nobody seems to have seen her before now.

She is incredibly beautiful, with long black hair and deep brown eyes that have a flash of wildness to them.

Her long dress sways effortlessly as she dance steps across the floor, towards a young man on the sidelines. He can’t believe his eyes but it’s true, this gorgeous woman has stretched out her arms towards him with upturned palms, inviting him to dance with her.

He is the lucky one. All the other men in the room are frozen in jealousy as the two dance in time to the music.

The whole room is staring in a hypnotized state.

But then a scream cuts through the crowd. It’s from a young boy who has a look of terror on his face. He is pointing to the mysterious woman, or more specifically the bottom of her dress.

“She has no feet!” he yells, and suddenly all eyes in the room are scanning for her feet. But none are there.Instead, beneath the hem of her dress are the hooves of a deer.

The woman has stopped dancing, in fact she has frozen in place, except for her eyes darting here and there.

“DEER WOMAN!” comes a shout from the back of the crowd.

Slowly the crowd closes in on the woman, not daring to make any quick moves and hardly believing what they are seeing anyway.

Her eyes continue to dart around until –BANG– she makes a run for the double doors under the glowing exit sign. Those who saw it say that she seemed to bound up and down instead of truly running.

After feeling stunned for a moment a few of the men in the group start chasing after her. But when they cross the double doors they find that she has disappeared without a trace.

The young man she had chosen for the dance is still standing in the middle of the dance floor.

Yes, ever since he was a child he’d heard the story of Deer Woman told by the elders in his family. But he never thought any of it could be true, and never heeded any of the lessons.

Now he sees how close he came to losing his mind. It was Deer Woman, and if he had followed her home he might have even lost his soul.

TALE OF THE DEER WOMAN 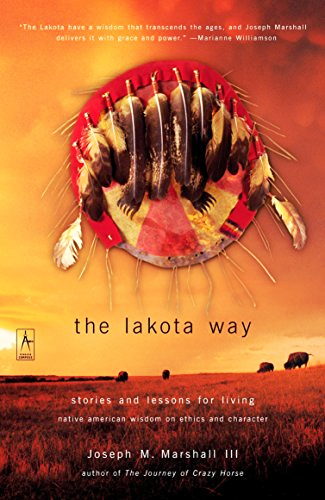 I first heard the story of Deer Woman while listening to an audiobook of old stories from the Lakota Native American Tribe.

It is called The Lakota Way: Stories and Lessons For Living by Joseph M. Marshall III. I highly recommend it especially the audiobook version as it’s read by the author himself with real feeling.

I had my headphones in and I heard the Deer Woman story while I was falling asleep, drifting in and out of reality.

Some of the scenes from the story were so vivid in my mind that they seemed absolutely real, even though the weren’t.

And that is how the Deer Woman is, she blurs the line between what is real and what is only illusion, and uses that strategy to steal the soul of men.

Tales of Deer Woman have been told by many different Native American tribes for as long as anyone can remember.

Different tribes have different versions of the story, but generally it goes that Deer Woman appears to hunters who are out alone, especially when a hunter is tired or things are not going well.

Her lodge will mysteriously show up nearby. She will walk out of the lodge and the hunter will see that she is the most beautiful woman there ever was. Then she will smile understandingly and invite the hunter inside the lodge to warm up by the fire and drink tea.

If the hunter stays the night at Deer Woman’s lodge he will never be the same.

When he wakes up he will be lying alone in the field, no trace of the lodge or Deer Woman to be found.

But he is changed, his mind is now obsessed with Deer Woman and his whole being is bent on finding her again. He forgets his family, he forgets his friends, he even forgets himself.

In the words of Joseph M. Marshall III:

“Such a man goes looking for her, he tells himself that he must find her.

But what he is really looking for is his spirit, because she has taken it from him.“

He is forever restless.

If a man can see Deer Woman and turn away from her though, he will gain new strength and good luck, he will be different than his peers and rise above them. 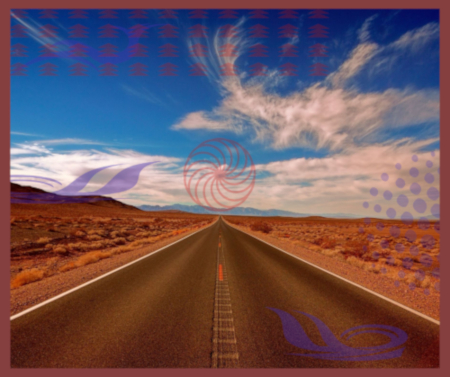 But what about Deer Woman stories modern day times?

Most men don’t go hunting anymore, so you would expect Deer Woman stories to have died off. And yes it’s true that they are not as common as they used to be.

But Deer Woman stories are still going despite the changing times.

Instead of a mysterious lodge appearing in hunting grounds, Deer Woman will be a hitchhiker on the side of the road, or sitting in a corner at the bar, or a gorgeous stranger at a pow-wow.She will be incredibly, hypnotically beautiful. The only way to tell that it is her is to look closely at her feet.

Below the hem of her skirt instead of human feet she will have the hooves of a deer, thus giving away her true nature.

For the man who follows her home he will wake up alone, and just like in the old stories he will have lost his mind. And spend his life wasting away while looking for Deer Woman.

I think Deer Woman is an interesting character, especially since stories of her have survived since old times and are evolving into modern day.