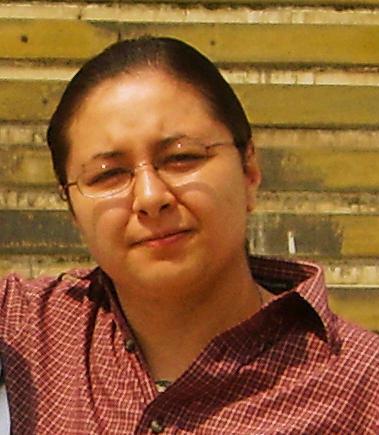 My name’s Anita Wirawan and I live in Anchorage, Alaska.

I started this blog as a way to get things together after my brother Jody died, but it’s turned into a lot more than that. I hope you’ll find the stories that you need here.

1. What do you mean when you say ‘I started this blog as a way to get things together after Jody died’?

I was totally devastated not only by the nature of Jody’s death but by the fact that he had suffered so much in childhood and had just been at the start of providing a new, happy life for himself. He had only gotten a taste of the kind of life that most people take for granted and even find mundane. Three meals a day isn’t such a big deal unless you’ve suffered without them for long stretches of time.

I had a unique understanding of Jody’s life not only because we grew up together, but also because in the last couple years of his life we made a commitment to each other to talk every week no matter what. I am forever in debt to the huge effort he made to regularly call me from Iraq, even though sometimes he was dead tired or had to miss/rush through a meal just to get to the phone. These calls were important to me because I got to learn not only about what was happening in his life but more importantly about his point of view. He gave me the opportunity to truly get to know him, and to become the kind of sister I had always wanted to be when I was younger.

After his death I struggled to get back into life. During the day I was out of my mind and at night I would wake up in terror from dreams about Jody’s death or his childhood. Whereas he was the kind of person who’d soldier on and work towards the next step of things, I often get tangled up in life’s injustices and have a hard time moving forward. I’d met a few people over the years who had never recovered from the death of a loved one. Their houses were always dark and airless like they had buried themselves too. I think it can be easy for that to happen when you lose someone you truly love but I didn’t want to spend the rest of my days like that.

I thought a lot about the Peter Gabriel song I Grieve where it says “The news that truly shocks is the empty, empty page”.

I knew that if I didn’t do something I could easily spend the rest of my life in shock of the empty page. I thought it might be a good idea to get a blog going and start putting some words out there. My first post was on Dec 13th 2008.

Alaska is beautiful and amazing. I love living in the heart of a big city but still being able to drive to the middle of nowhere in a couple of hours. There’s nothing like spending your weekends camping/hiking in the kind of wilderness that most people only see in movies. I lived in a lot of different places when I was younger but nothing felt like home until I came to Alaska.

The downside is that there isn’t as much diversity here as in other places. When I am out with my wife people can get a little cross-eyed when they realize that we are two women who are in love with each other. Or they will stare like they’re expecting something. Who knows what they’re expecting but they’re no doubt disappointed when they realize we’re just picking out groceries because you know, we’re in a grocery store.

But overall living here is great. I really enjoy travelling and visiting other places but no matter how nice it is I always look forward to coming home :).

y two favorite things to do are play guitar and me,ss around with video on [the now old school] Premiere Pro 2.0. If I could do both at once I would be happy. Really happy :P.

…and really anything with my wife Jennifer. We have been together for over a decade and I am more in love with her now than ever.

The Need Of Being Versed In Country Things

The house had gone to bring again

To the midnight sky a sunset glow.

Now the chimney was all of the hou,se that stood,

The barn opposed across the way,

That would have joined the house in flame

Had it been the will of the wind, was left

To bear forsaken the place’s name.

No more it opened with all one end

For teams that came by the stony road

To drum on the floor with scurrying hoofs

And brush the mow with the summer load.

The birds that came to it through the air

At broken windows flew out and in,

From too much dwelling on what has been.

Yet for them the lilac renewed its leaf,

And the aged elm, though touched with fire;

And the dry pump flung up an awkward arm;

And the fence post carried a strand of wire.

For them there was really nothing sad.

But though they rejoiced in the nest they kept,

One had to be versed in country things

Not to believe the phoebes wept.