What The King Saw In The Box: Can You Guess? 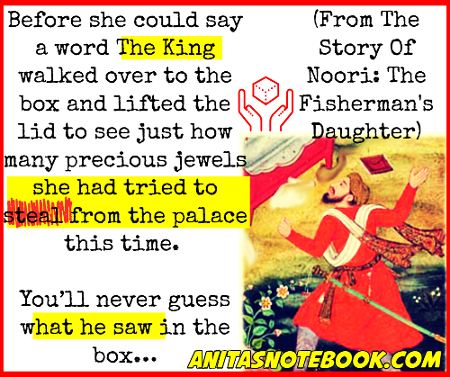 There has been a lot of interest lately in the story of Noori: The Fisherman’s Daughter Who Married A King. I am glad that people are getting into this story as it is beautiful in my eyes.

The part of the Noori’s story told in the picture above is the scene where everything changes between her and her husband The King. What The King sees in the box starts a chain of events that eventually takes the two into legendary status.

And yeah also I bet you can’t guess what he saw in the box! See the story for yourself: The Story Of Noori: The Fisherman’s Daughter Who Married A King 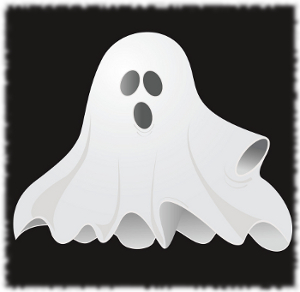 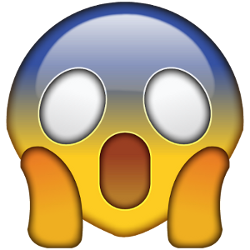 Why does Cinderella’s father allow her to be treated like a slave? 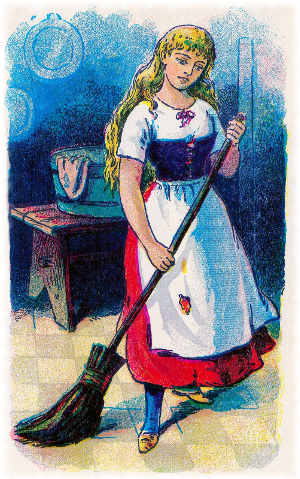 ”They took her pretty clothes away from her and put an old grey bedgown on her, and gave her wooden shoes.

…In the evening when she had worked till she was weary she had no bed to go to, but had to sleep by the hearth in the cinders.

And as on that account she always looked dusty and dirty, they called her Cinderella.”

In the Disney movie and some versions of the story Cinderella her father dies shortly after marrying the Evil Stepmother, and so he never knows the abuse Cinderella experiences at the hand of her Evil Stepmother and stepsisters.

But in most versions of the story Cinderella’s father is clearly alive and well, interacting with the family and talking directly to Cinderella.

Surely then he can see that his daughter is suddenly wearing tattered clothes, doing all the housework, and doesn’t have a bedroom anymore, being forced to sleep on the floor amongst the ashes?

So… why does he allow this?

In the Brother’s Grimm version of Cinderella he even asks Cinderella and her two stepsisters what presents they want him to bring back from a trip he’s going on.

Um…how about you get Cinderella her nice clothes and her room back? Oh and free her from having to work like a slave all day long? Just a thought.

When all is said and done though, the only real explanation is that he considered the way she was being treated as okay on some level. 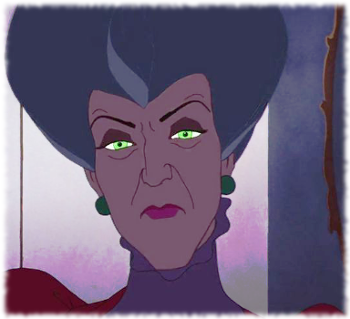 Maybe his mind became warped and twisted by his new wife, the Evil Stepmother. Maybe she whispered poisonous thoughts into his ear, about how Cinderella needed to be worked hard to fix some sort of personality flaw.

By the Evil Stepmother’s spell he only saw Cinderella as she used to be, in her fine clothes and without the strain of being worked 24/7 on her face.

That would explain why he would so casually ask Cinderella what present she wanted from the fair like that.

These are just my theories of course. As for the old stories of Cinderella, they give no explanation as to why her father let her be treated so badly. I’m guessing this is because it was felt no explanation was needed.

These old fairy tales came from a harsh world. For example, if you didn’t have enough money then a legit idea to solve that problem was to take your kids into the woods and leave them to die (Hansel and Gretel).

So maybe Cinderella’s father didn’t need to be tricked into being okay with the bad treatment she received. He might have felt like it was just a natural part of a harsh world.

So why do you think Cinderella’s father let her be treated so badly? Post your theories in the comments below!