Here’s a great picture I’ve seen floating around the internet for a while, it sets a deep blue curl of the ocean behind a Jon Kabat-Zinn quote. 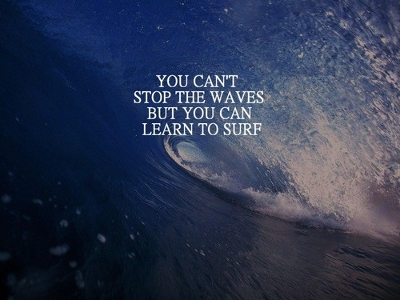 This quote is most well known for being mentioned in the book he wrote called Wherever You Go, There You Are.

In the book he shows how the average person can bring mindfulness into their own lives through meditation practice, and what kind of benefits such practice can usher in.

In it he also talks about where he first encountered this saying and why it illustrates the practice of mindfullness, meditation, etc so well:

“People who don’t understand meditation think that it is some kind of special inner manipulation which will magially shut off these waves so that the mind’s surface will be flat, peaceful, and tranquil.

But just as you can’t put a glass plate on the water to calm these waves, so you can’t artificially suppress the waves of your mind, and it is not too smart to try. 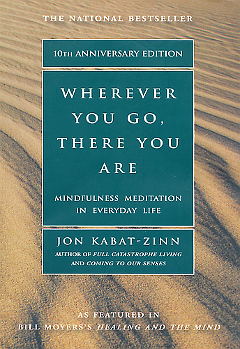 It will only create more tension and inner struggle, not calmess. That doesn’t mean that calmness is unattainable. It’s just that it cannot be attained by misguided attempts to suppress the mind’s natural activity.

It is possible through meditation to find shelter from much of the wind that agitates the mind. Over time, a good deal of the turbulence may die down from lack of continuous feeding. But ultimately the winds of life and of the mind will blow, do what we may. Meditation is about knwing something about this how how to work with it.

The spirit of mindfulness practice was nicely captured in a poster of a seventy-ish yogi, Swami Satchitananda, in full white bear and flowing robes atop a surfboard riding the waves off a Hawaiian beach.

The caption read: “You can’t stop the waves, but you can learn to surf.” 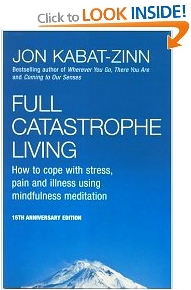 This entry was posted in Quotes and tagged books, meditation, quotes. Bookmark the permalink.

3 Responses to Jon Kabat-Zinn: You Can’t Stop The Waves, But You Can Learn To Surf