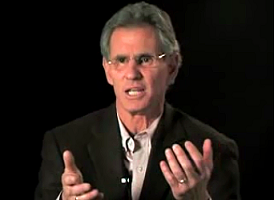 This is a collection of great quotes from Jon Kabat-Zinn, updated every so often with the newest quotes first.
–

“Those are interesting moments if we are willing to stand inside them.” –

“EmbracingAnd medicine, from the very beginning, has really always been about the embracing of the person who is suffering with compassion and with empathy and with the intention to serve from the deepest place of one’s self as a healer or as a physician, as a teacher.

That means in some way, recognizing the sacred privilege of being able to work with people who are in pain and suffering. And do what it is we can for them, using all of our greatest diagnostic methodologies and treatment interventions, but at the same time recognizing that we are dealing with a whole human being, and that our first calling is to at least do no harm.And, if we don’t recognize the person as a whole human being, we’re already in some way doing harm.” –

“‘What is my job on the planet?’ is one question we might do well to ask ourselves over and over again. Otherwise, we may wind up doing somebody else’s job and not even know it.” –

“A Taste Of Mindfulnessby Jon Kabat-Zinn
Have you ever had the experience of stopping so completely,of being in your body so completely,
of being in your life so completely,
that what you knew and what you didn’t know,that what had been and what was yet to come,
and the way things are right now,no longer held even the slightest hint of anxiety or discord,
a moment of complete presence beyond striving,
beyond mere acceptance,beyond the desire to escape or fix anything or plunge ahead,
a moment of pure being,
no longer in time,a moment of pure seeing,
pure feeling,
a moment in which life simply is,and that is-ness grabs you by all your senses,all your memories, by your very genes,
by your loves,
and welcomes you home,
that is a taste of mindfulness.” –

“What if you already are complete? What if it just doesn’t get any better than this?” –

“…what if it were possible to hold the whole of it in awareness and allow it to be just as it already is? That would be an incredible radical act.” –

“About Loss…you might find that inside the sadness, the grief, the despair lies something else too. Lies some kind of beauty, some kind of humanity, human understanding that understands that things are impermanent that nothing stays the same. That there is loss, that it’s not possible to control the whole universe, that even in terms of our bodies that this is something that is to a large extent a mystery. But it’s not all ugly it’s not all black.” –

“Even in the midst of utter darkness there’s this other element. Of beauty, of symmetry, of the natural world.” –

“It’s not so much about doing as about being.” –

“TuningSo if we’re not in touch with the multiple dimensions of our own being -and there are many hidden dimensions to being embodied in a human lifetime for an unbelievably short period of time- then in fact we’re kind of in some way trying to get somewhere and get all this doing done without tuning the apparatus. …The greatest musicians with the greatest instruments in the world, and they still tune first -to themselves and to each other.” –

“Meditation in some sense is like tuning your instrument before you take it out on the road.” –

“In science it’s not what you know, it’s what you’re willing to know you don’t know.” –

“…doing and being have always been intimately interrelated…” –

“From the point of view of the meditative traditions the entire society is suffering from attention deficit hyperactivity disorder.” –

“Awareness is boundless and infinetely available no matter what you’re doing.” –

“If we don’t know here then the there is going to be colored by what we in some sense are unfamiliar with and unwilling to look at.” –

“Keeping that not knowing is the best way to interface between the known and the unknown at the kind of edge of creativity and science.” –

“…you have to get out of your own way an awful lot to not just see the projections on to that person of your own mind.” –

“It’s the senses that are fundamentally the only way we can know the world.” –

“The heart of this whole thing is to begin to examine: ‘Well who am I?'” –

“…something even deeper than intimacy, which is what I would call ‘recognition’.” –

“Meditation and medicine sound a lot alike don’t they? They come from the same root meaning.” –

“We only have moments in which to live.” –

“The only time in which our lives are unfolding is now. And now has some very interesting properties…” –

“See if you can just hold this moment in awareness.” –

“WavesThat’s the nature of the mind…it’s just like the Pacific Ocean it waves depending on the atmospheric conditions. But even when it’s at it’s most tumoltuous if you learn to drop down twenty or thirty feet under the water there’s just gentle calmness undulations stillness and it’s always present…and it’s the same with the mind.” –

“(about meditation) It’s not about the breath, it’s about the awareness.” –

“The breath is simply a skillful means for befriending this deep capacity of the heart and mind …it’s bigger than thinking, because it can hold thought as well.” –

“Can you reconnect with featuring the breath center stage in the field of awareness?” –

“Each in breath a new beginning, each out breath a complete letting go.” –

“The world and everybody and every-thing- becomes your teacher. And not in any grandiose new age bullshit kind of way. Just: obvious, basic.” –

“Meditation Practice…it’s about the awareness that is in some sense re-invited to the table by focusing on the object, but it’s actually always here. We’re just not used to taking up residence in awareness ’cause we’re so in our heads, we’re so carried away by the thought stream and by emotions that we find difficult to deal with.” –

“How about letting your awareness be part of who you are? Maybe a much bigger part than the stories you tell that are intrinsically limited, limiting, and inaccurate.” –

“Nobody hears bells, what you hear is sound and the spaces between them. And the silence inside and underneath sound.” –

“The real meditation practice is your life and how you carry yourself in each moment.” –