Jenni Rivera’s ‘Unbreakable’: Her Life Story In Her Own Words 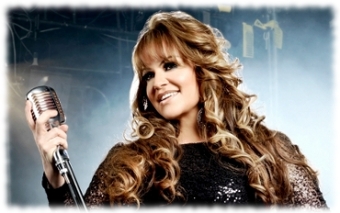 You might remember the story about Jenni Rivera posted here a while back called Not Afraid To Be Real. It told of the trials and tribulations of her life, and how she overcame it all to become a success.

Well I got a comment earlier today from a reader named Yolanda who had a good question. She asked why I had left out anything about Juan Lopez, Jenni Rivera’s 2nd husband, in the story.

The answer is that it was a hard call but I wasn’t able to include some of the major points of Jenni Rivera’s life because…well the blog post would have been so long that it would have taken 2 hours to read lol. It’d have been a very interesting read for sure, but something of that length isn’t usually what people are wanting when they stop by a blog.

However, Yolanda’s comment did remind me that while doing research for Not Afraid To Be Real I’d read that a book about Jenni Rivera’s life called Unbreakable: My Story, My Way, was set to be released this year. 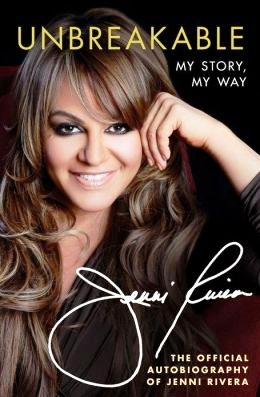 A quick check showed that yes the book was out already and had been released to the public on July 2nd, which would have been her 44th birthday.

Naturally I haven’t had the time to read it yet but a browse through the Amazon customer reviews for Unbreakable shows that people really love it. Even someone who had never heard of Jenni Rivera before said:

“I had no knowledge of Jenni Rivera, but heard about the book from TV adds. This is a very personal story of a very difficult childhood, early motherhood, picking the wrong guy again and again, but triumph of self.

God bless her. We are better for her giving to the world her story.”

What I really like about Unbreakable is that it’s the story of Jenni Rivera’s life as told by her, so you get to hear her point of view and what she was going through inside during all those trials and tribulations.

Anyway, so if you’ve read Not Afraid To Be Real and want to find out more about Jenni Rivera’s life story I’d definitely check out Unbreakable: My Story, My Way, it sounds like a good read. I’ll let you guys know what I think when I read it.