Scary Story Of The Old Woman In The Subway Station 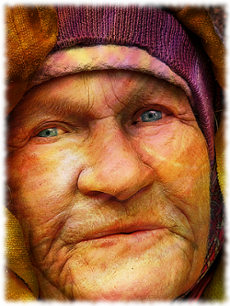 A girl named Maria was waiting in the subway to take a train home, when she noticed that someone was mumbling behind her.

She turned around and saw a strange old woman sitting on a bench. The old woman had her arms behind her and was shaking her head from side to side, all the while chanting:

Maria thought the old woman might be having problems and needed help, so she decided to walk over to the bench real fast and see if there was anything she could do.

“Is there…anything I can help with?” she said, feeling a bit nervous. Now that she was closer to the old woman she was starting to get a bit weirded out.

“Okay,” said Maria. To her relief she saw that the train was coming now and that she had to go. “Well if there’s anything I ca—“ but before she could finish her sentence the old woman suddenly sprang up from the bench with arms stretched out and started to push her backwards. 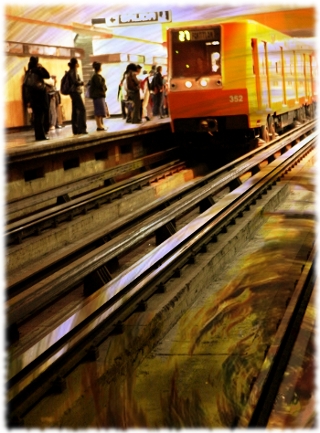 The old woman’s strength was incredible and it was all Maria could do just not to fall over. She stumbled in confusion, just trying to stay on her feet, and all the while the old woman kept pushing her backwards with an insane look on her face.

It was too late that Maria realized what was really happening.

Her foot went to take another step backwards but there was no floor, only a short fall onto the train tracks …and into the path of an oncoming train.

The old woman smiled faintly and turned around. She went back to the bench and sat down, putting her arms behind her back. Then she began to count…