So, About The Ender’s Game Movie… 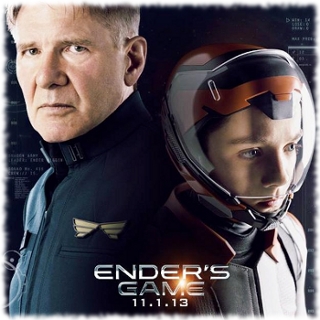 Saw the Ender’s Game movie this weekend and believe it or not it was very meh.

I’ll post more details soon but basically I would only recommend this movie to people who love the book, because hey it’s Ender’s Game so why the hell not lol. For everyone else I’d say save your $$ and wait until you can rent it on DVD or see it on Netflix.

The special effects in Ender’s Game were spectacular and Asa Butterfield did an excellent job as Ender, but sadly all the positive qualities of the movie were overshadowed because it was simply so badly put together.

The scenes were extremely rushed, almost like the producers had a long checklist of things they wanted to shove in the movie and just wanted to get each scene out of the way as fast as possible.

That’s no way to tell a story and can be painful at times for the audience to watch, let me tell ya. It was especially hard because you could see how the Ender’s Game movie could have been great if not for how much it was rushed. During some scenes I even found myself hoping that someone, someday, will re-edit the movie into something that didn’t waste such great special effects and acting.

Of course on the upside at least now we know why Ender and Col Graff are frowning so much on the movie poster… I’d be frowning too if I were in a movie that was put together so badly.