The Surprise Visitor: An Urban Legend That Will Make You Laugh 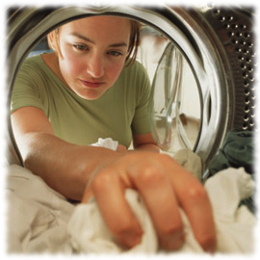 Here’s an old urban legend that got so popular that for a while that it made it into several magazine and newspaper columns, with each person that submitted the story of course saying that it was something that happened to ‘a friend of a friend’ of theirs.

There are usually many reasons that urban legends like this get so popular and are retold by people all over the country, but in this particular case I think the main reason is that this story is simply pretty damn funny…

One day a woman decided to get that week’s laundry over with and went into the basement to throw some clothes in the wash. While at the washer she thought she’d save herself some work and put in the clothes she was wearing too. She figured it was no big deal, she’d just go back upstairs and put some pj’s on before vegging out in front of the tv for a bit.

But a really gnarly looking cobweb caught her eye and she decided to try and swipe it off real fast with a broom before going back upstairs.

To protect her hair from falling cobwebs she put on an old football helmet that was lying on top of a nearby junk pile and then commenced with swiping at the cobweb.

Suddenly there was a knock at the basement door. She put the broom down and stood there quietly, thinking that whoever it was would assume no one was home and go away. No such luck. A minute or so later the knock came again and this time someone said “Meter man!” through the door. 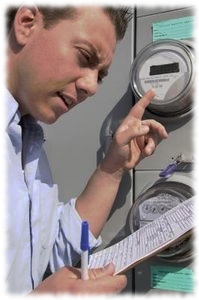 The woman realized this had turned into an oh shit kind of situation and tiptoed over to the junk pile as fast as she could. She dug out a dusty old raccoon coat and put it on, not sure if she should try to answer the door like this or just stay quiet or what.

Next thing she knows the meter man is opening the door and heading down the basement steps, clipboard and pen in hand. She quickly did her best to blend into the corner of the room, standing straight as a board next to a neglected coat rack, hoping that the he wouldn’t notice a thing.

The meter man made it to the foot of the stairs and went over to the meter. He started writing the numbers down on his clipboard and didn’t seem to notice her at all, the woman was just starting to breathe a sigh of relief when the meter man put his pen on the clipboard and turned back toward the basement steps. She was almost in the clear!

But as the meter man was leaving he glanced over at the woman (who was still trying to stand as still as humanly possible in the football helmet and raccoon coat) and said:

“I sure hope your team wins lady.” …and then continued up the stairs as if nothing had happened :D.