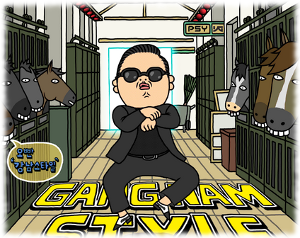 So I got a question via email today from a reader named Karina and she asked:

That’s an interesting question, I had never heard that rumor before but I’m guessing it originated from the now world famous Oppan Gangnam Style video where the singer named Psy (short for Psycho) is wearing super dark sunglasses through the whole thing. 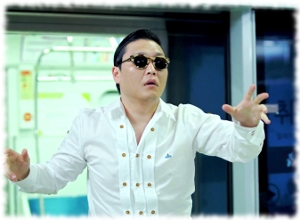 I’m happy to report that Psy is not blind, but that still leaves the question of what’s up with him wearing those super dark sunglasses through the entire video?

Surely the light in indoor places like parking garages subway cars aren’t so bright that it requires the wearing of dark shades all the time?

So what does Oppan Gangnam Style actually mean? 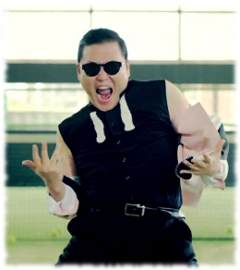 The words ‘Gangnam Style’ is a reference in Korean culture to the superfabulous lifestyle of rich people in the Gangnam neighborhood of Seoul, South Korea.

The people there are known for being trendy and liking to party a lot. They are supposed to be classy and upscale, think of it like a Korean version of Beverly Hills.

The word ‘oppa’ is a Korean word that can mean boyfriend.

So in the song when Psy says ‘oppan Gangnam Style‘ he is talking to someone supposed to be his girlfriend and telling her that ‘your boyfriend has Gangnam Style‘. LOL

But seriously, are people from the Gangnam District as ridiculous as the Oppan Gangnam Style video makes it seem, hanging out in stables and riding invisible horses while whipping around an imaginary lasso?

Or is Psy just making fun of the people in the Gangnam neighborhood?

Actually the Oppan Gangnam Style song is making fun of people in Korea who lie and pretend to be from the rich Gangnam neighborhood, these people are known for bragging that they have ‘Gangnam Style’.

As Psy said in an interview: 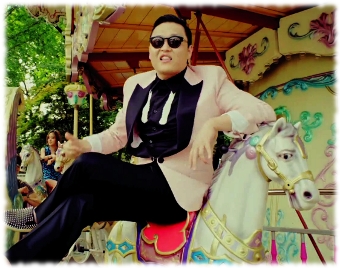 People who are actually from Gangnam never proclaim that they are — it’s only the posers and wannabes that put on these airs and say that they are “Gangnam Style”.

So this song is actually poking fun at those kinds of people who are trying so hard to be something that they’re not.

And avoiding being something that you’re not seems to be a very important thing to Psy, considering that when he was young he gave up what was sure to be a lucrative career running a company to take a chance on a life of making music. 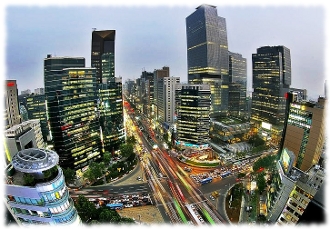 See the irony of this whole thing is that Psy (whose real name is Park Jae-Sang) is himself from the famous Gangnam District. He grew up in a rich family and was expected to take over his father’s company after he finished studying business administration in college.

But once he started college he saw that going into his father’s business would not be true to who he really was, so he dropped out. He spent the leftover money from his tuition on equipment that would help him make music and off he went. 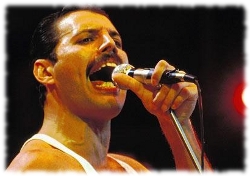 Psy loved music and he had never forgotten how at 15 years old he saw a concert on TV where Freddie Mercury gave an amazing performance as the head of the band Queen. Freddie Mercury’s singing and dramatic stage style would influence Psy throughout his life.

This inspiration helped fuel his music career in Korea and he soon gained a reputation for being rebellious and controversial, with his often blunt lyrics making him a target for censorship from the more conservative elements in the country.

But despite all this he continued to win awards for his music, and most importantly he kept getting more and more fans.

And then came Oppan Gangnam Style.

This song caused Psy to become famous worldwide when his Oppan Gangnam Style video blew up on YouTube.

The video got over a billion views and became the most viewed video in the history of YouTube, not only beating the previous record holder Justin Bieber but getting the record number of views 11 times faster than Bieber did.

Most of the world may not actually understand what the heck Psy was saying in Oppan Gangnam Style (er, it sounded like ‘open condom style‘ to me when I first heard it) but they loved the hell out of the song, the video, and even the 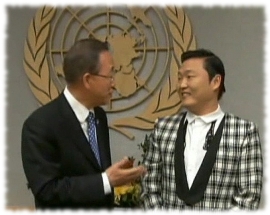 Believe it or not the video is so popular that it got Psy special recognition from the United Nations and the South Korean government awarded him a special medal for it.

So yeah wow even though it probably made his parents crazy at the time I’m thinking he made the right call by dumping the business administration degree and pursuing a career in music, what do you think?