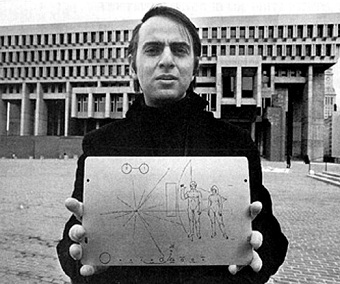 Carl Sagan was an astronomer and storyteller widely known for his books on science and hosting the tv series Cosmos: A Personal Voyage.

He’s one of the best storytellers I’ve ever seen and I admire him not only for his great storytelling abilities but also for his bravery and kindness in the face of ignorance.

Posts on this blog that include Carl Sagan:

The Story Of The Pioneer Plaque

The Drama Of The Pale Blue Dot

Breaking The Shackles Of Time

Bitten By A Radioactive Carl Sagan