Inspirational Story: The Boy Who Saved His Sister’s Life

The little boy may have saved his sister’s life, but what he asked the doctor afterwards revealed a different side to the story… 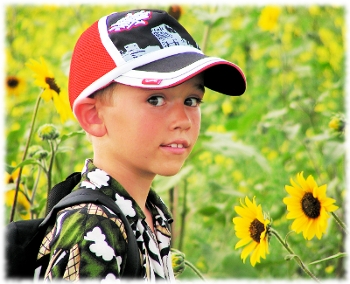 There once was a brother and sister that hated each other, a lot.

In fact they fought almost every day and hardly ever had a nice word to say about the other one. That is, until one summer when they both came down with a rare disease and got too sick to say much of anything.

Over time the boy’s immune system was able to develop the right antibodies to overcome the disease, but his sister wasn’t so lucky. She was fading fast and no one expected her to survive much longer on her own.

The doctor who had been treating her sat the little boy down and explained the grave situation to him, asking kindly if he’d be willing to give blood to his sister. To the doctor’s surprise, the boy seemed to hesitate. 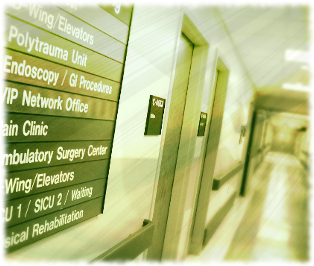 The boy looked down at the floor and his thoughts seemed very far away. It was some time before he snapped out of it, then he took a deep breath and said

After hearing this the doctor and nurses wasted no time and immediately got the blood transfusion procedure going.

With wide eyes the boy lay in the hospital bed next to all the machinery and watched as his red blood flowed through the tubes, out of his body.

Later on he watched as his sister in the bed next to him received the blood, and he could plainly see that the color was returning to her cheeks where before they’d been so pale. He smiled at her, but then became very afraid. 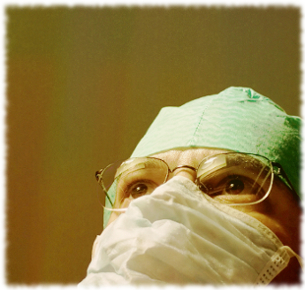 The boy turned to the doctor and said in a trembling whisper, “C-c-can I ask you a question?”

“Of course, anything,” said the doctor.

“I was just wondering,” said the boy, “…will I start to die right away?”

On hearing that, the doctor almost dropped the clipboard he was holding.

You see, the little boy thought that agreeing to the blood transfusion meant that he had to give *all* his blood to save his sister’s life. He thought now the transfusion was over that he would surely die.

Luckily the boy got good news from the doctor (who was wiping tears from his eyes —like everyone else in the room that heard what the boy said) who told him he wasn’t going to die. After that day both he and his sister made a full recovery and they were even able to leave the hospital in time to enjoy the last few weeks of summer.

The best part about it though is that the two have been the best of friends ever since :).

The Story Of How Garfield Got Pooky The Teddy Bear 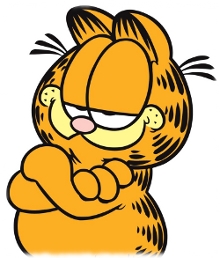 Got an email this week from a blog reader named Krystal, she asked:

Do you have a story about Garfield, I grew up watching that show :)

I didn’t have a story about Garfield posted but since I knew of a good one I decided to write one up today. So here’s a story about a part of Garfield’s life that you might not have known about…

THE STORY BEHIND POOKY BEAR 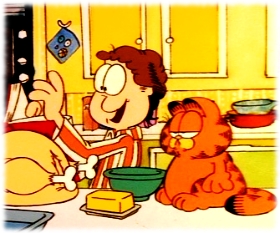 Garfield is well known for being a very lovable but grumpy cat, on most days he doesn’t seem like much of anything other than lasagna and sleeping. There is usually only one exception to this, and that’s Pooky his stuffed teddy bear.

While Garfield overflows with jokes and sarcastic remarks for most everyone, with Pooky he has no problem being affectionate and confiding his innermost thoughts. But how did this happen?

Jon grew up with Pooky and then started to forget about him, and eventually Pooky ended up tossed into a dresser drawer and forgotten. 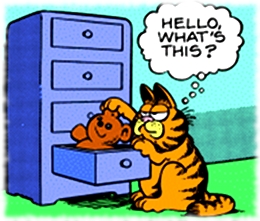 That is, until one day Garfield was lazily rummaging through the bottom drawer of a dresser and he came a cross a little brown teddy bear with button eyes…

A COUPLE OF SECONDS

Garfield’s first instinct was to react with sarcasm like he often does. He held the bear out at arm’s length and frowned at his find:

But it only took a couple of seconds for Pooky to win Garfield over and soon he was smiling and hugging the bear, not to mention thinking up a cute name: 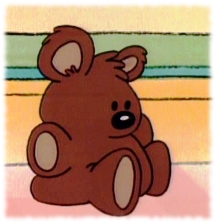 I think I’ll call him… Pooky.

This was a bit of a turning point in Garfield’s life because by having this teddy bear he started to be able to express a less grumpy and sarcastic side of himself.

Whenever he’s having a bad day he can talk to Pooky about it and feel better. And despite not being a super affectionate type in general he can often be seen happily hugging Pooky.

BETTER THAN PILES OF PRESENTS 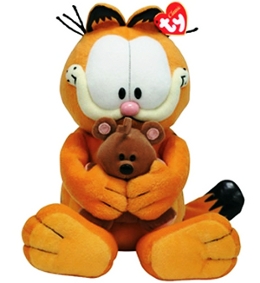 I have to say thought that the greatest proof of Garfield’s love for his teddy bear happened one Christmas when one of Pooky’s button eyes fell off and was lost forever.

If you follow the Garfield comic strip or cartoons you probably know that he’s super obsessed with getting piles of presents on Christmas, and doesn’t always *ahem* get into the Christmas spirit of giving.

But when Pooky lost the button eye all Garfield wanted for Christmas was… a single button for Pooky.

So cute! And wherever you see Garfield with his teddy bear you can pretty much count on it being cute. I think that’s why Pooky seems to be one of the most popular Garfield characters shown on various Garfield related stuff out there. I mean who doesn’t love Garfield snuggling with his teddy bear? 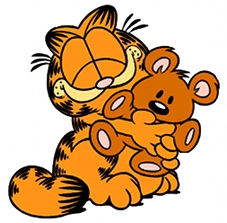 And it all started because Garfield was bored and felt like rummaging through the bottom dresser drawer one day.

So there you go, that’s the story behind Garfield and Pooky the teddy bear, what do you think? As for me, this is making me wish I still had all those Garfield comic books from when I was a kid, I loved those and had tons!