July 15 marks the official release of the last of the Harry Potter movies. Big Harry Potter fan here so though I’m excited to see the movie I’m pretty bummed that such a great series of films are coming to an end.

I remember ten years ago back when I was living in Fairbanks one of my coworkers mentioned that she was reading Harry Potter and how awesome it was.

I was surprised because though I’d heard of the book and seen all the hype around it I thought it was strictly a kid’s read and not something adults could really get into.

Yet here was this coworker who had several kids of her own (one old enough to be in the Navy) raving about the book. That sold me on it and over the years I’ve become a big fan of both the books and movies.

J.K. Rowling said that when she was in college she avoided going the normal route and spent much of her time in the mythology section of the library devotedly soaking up the stories and wisdom of the ancients.

The influence of those stories runs deep in the Harry Potter saga and I think this is one of the major things that makes the books feel like they have such real-world truths and depth even though they’re fiction stories. These kinds of truths resonate with people of all ages.

If I got to pick what stories were to be the mythologies of our time the Harry Potter series would definitely be at the top of my list. What do you think, agree/disagree?

It’ll be kind of sad going into the theatre to see the last movie, here’s hoping that J.K. Rowling will write prequels or some sort of continuation to the series someday and give us another great set of books and movies.

JK Rowling On The Transformative Power Of Stories 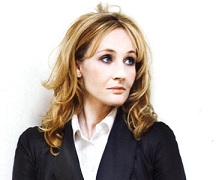 Hardly had my parents’ car rounded the corner at the end of the road than I ditched German and scuttled off down the Classics corridor.

That was a quote from JK Rowling’s commencement speech at Harvard in 2008. I saw it online not long after that and I have to say that it’s one of the best and most moving speeches I’ve ever heard.

Rowling had a lot of struggles during her years in college due to the conflict between what was expected of her and what she was compelled to do.

Her parents wanted her to pursue a standard university experience that would eventually lead to a lucrative corporate ladder type career and steady paycheck. They had lived their whole lives in poverty and wanted a secure future for their daughter.

But despite the pressure to lock herself into the path that was a sure thing she was continually drawn to the much less tangible world of stories. She ended up spending her college years sitting long hours in libraries reading Greek mythology and in cafes penning her own tales.

One of the many things I learned at the end of that Classics corridor down which I ventured at the age of 18, in search of something I could not then define, was this, written by the Greek author Plutarch:

“What we achieve inwardly will change outer reality.”

Awesome and so true. You can see the legacy of this revelation in the way she has written the Harry Potter books. Deeply woven into each of those novels are stories that seek to affect positive changes in the reader. 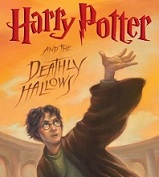 If you think about the underlying themes in the Harry Potter series you can see that there is something more there than the average storytelling techniques.

Rowling strove not just to write an account of interesting fictional adventures but to also to transform the reader in a way that will help them like she was helped when taking shelter in the world of Classics.

And who knows, over time those kind of real world transformations might eventually earn her works a spot on the Classics shelves in libraries of the future. Pretty cool to think about :).