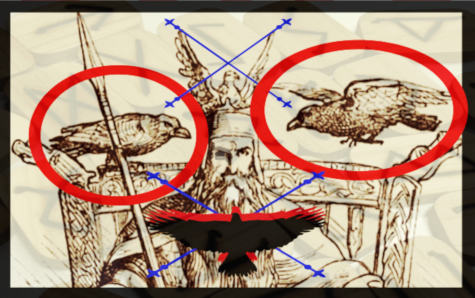 Ever noticed a raven in a tree and realized it was looking down at you, like it was watching you with intelligent eyes?

For us in modern day times seeing a raven like this is just a curiosity. But if you were living in old Norse times the experience would stop you in your tracks and put you on your best behavior.

Because for people living in old Norse days, being under the watchful eye of a raven meant that you might have come to the attention of the most powerful of the Norse gods, Odin.

Yes that Odin. The god with one eye, father of Thor and Loki, ruler of Asgard.

And since he’s the king of all the mighty Norse gods, it’s tempting to think that all he really needs to do is sit on his throne looking intimidating.

But the truth is that Odin often felt insecure. He was always craving more strength, more magic, and more knowledge to defeat his enemies. 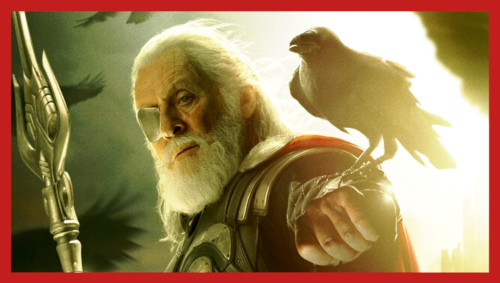 He even went so far as to dig out one of his own eyes and drop it into a magical well in exchange for the knowledge it offered.

But on the average day he relied on a less gruesome way of getting knowledge: two ravens, one named Huginn and the other named Muninn.
Odin gave these ravens many magical abilities, to the point where he had even taught them to understand and speak different languages.

Huginn and Muninn liked to perch one on each of Odin’s shoulders. In the morning he would send them out into the world. They would spread their wings and fly all over, gathering information and even using their voices to find things out. 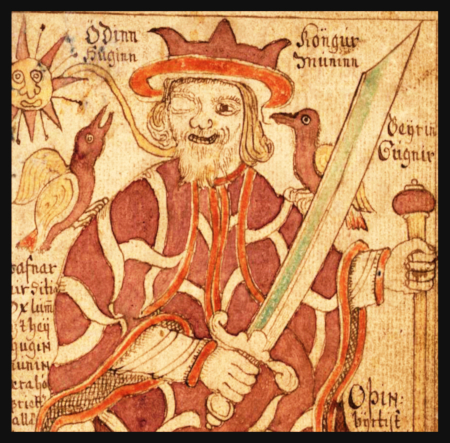 They were able to fly around the world in a single day, and at the end of their rounds they would come back to perch on Odin’s shoulders.

There they would whisper in his ears the things they had found out, while he ran his hand through his beard in thought.

Odin used Huginn and Muninn as extensions of his senses, and some say his very mind. The name Huginn meant ‘thought’ and Muninn meant ‘mind’.

“Hugin and Munin fly each day
over the spacious earth.
I fear for Hugin, that he come not back,
yet more anxious am I for Munin”

Huginn and Muninn became so important to Odin that he was seldom seen to go out without them, and they became part of his symbol. Artwork of Odin on old armor and jewelry show him with a pair of ravens flying overhead.

It is said that even during Ragnarok, the epic battle at the end of the world, Huginn and Muninn will be right there with Odin whispering advice into his ears.

So next time you see a raven that’s watching you…or even better, two ravens…give a wave. You never know, it could be Huginn and Muninn watching over you.