Stories: Some People Just Aren’t Ready – Are You? 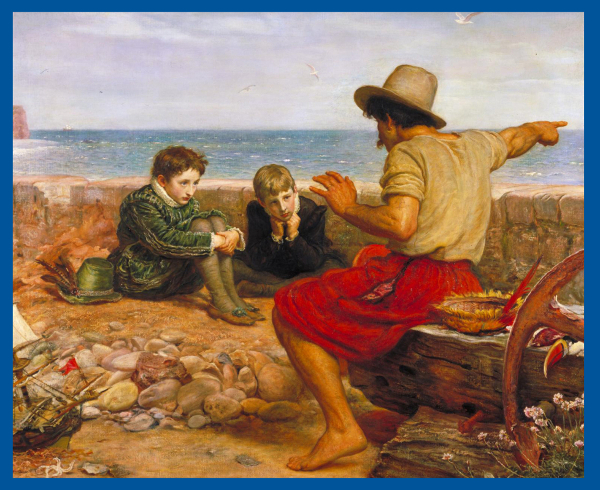 Two boys sit listening to a sailor telling them a sea story.

For the boy on the left the story brings only fear and anxiety, he has huddled his knees up to his chest in a protective pose. His only goal is to survive the story and find an excuse to leave as fast as possible. 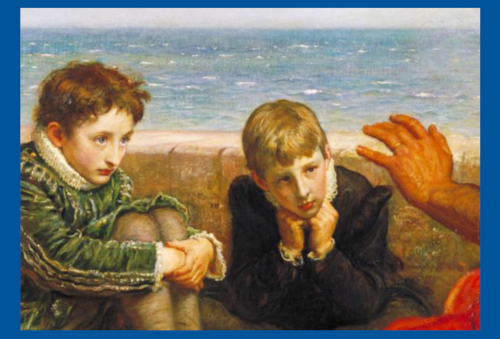 The boy on the right however, is thrilled. He has leaned in closer to the sailor and all that the sailor’s story has to tell about the strange world of the ocean, and the adventures it brings.

That’s the power of a story.
Stories come to us whether we are ready or not. But if we are ready…the world opens up to us.

(This painting is called ‘The Boyhood Of Raleigh’ and shows us the childhood of a real person named Sir Walter Raleigh.

As an adult he ended up sailing across the ocean several times looking for the legendary City Of Gold, El Dorado. But that’s a story for another day!) 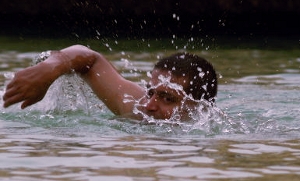 Imagine you’re out with friends on a vacation to a coastal town in France, the sandy beach and seemingly endless blue of the ocean is your backdrop for a nice relaxing time. Or so you think.

You and your friends are from London so naturally the Olympics are on all your minds right now as not only a point of interest but a source of pride.

Suddenly one of your friends announces that he’s going for a swim, a reeeallly long swim.

He says that starting right that minute he’s going to swim across the ocean and over to New York because he wants to ‘carry the Olympic spirit across the Atlantic’.

You and the rest of your friends think he’s kidding and all start to laugh at his silliness, but the next thing you know he’s off and swimming out towards the open ocean. The giggles eventually die down as he gets farther and father away.

This is what happened to a group of folks last week as they were vacationing in France. They thought they were in for a normal day at the beach but instead ended up as part of a bizarre news story that made papers around the world. 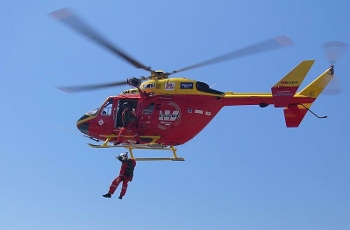 Luckily there were lifeguards on duty that day so the man who was determined to swim across the Atlantic Ocean didn’t end up at the bottom of it instead.

Still, he made it far enough that a rescue helicopter had to be sent out to take care of the situation.

A rescue diver was sent down out of the helicopter with the mission of convincing the man to give up his Olympic quest. He did argue with the rescue diver for a bit, saying that he was in great shape and certainly good enough to swim the whole way (er, that would be 3,600 miles in case you were wondering). But in the end he finally agreed to give up and climb aboard a nearby boat, thus ending his plan to deliver the Olympic spirit to New York.

I’m not sure how exactly his friends reacted when the man was brought back to shore, but how much do you want to bet that it will be long time before they’ll let him go swimming again lol?