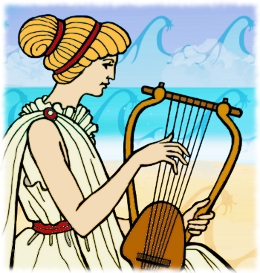 Whether it be from the Disney movie or from a storybook, I’m sure you know about the classic story of Cinderella.

The fairy godmother, charming prince, evil stepsisters, and of course the glass slipper are all famous parts of the story.

But did you know that the oldest story of Cinderella was quite a bit different and had her living in Egypt? And the glass slipper wasn’t glass at all…

Once upon a time in ancient Greece there was a girl who lived in a city next to the Mediterranean Sea and was known for her bright green eyes.

She had a pretty happy life, that is until one day some raiders sailed up and pillaged the city. They stole gold and riches …and even some people too. 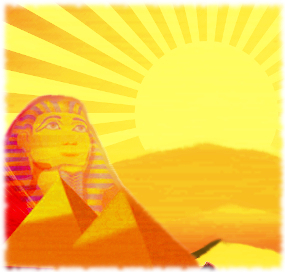 One of these people was the girl with the green eyes. The raiders threw her and the other captives in their boat and sailed to Egypt where they sold all the captives into slavery as household workers.

The person who the girl ended up working for was a rich old merchant who luckily treated his workers very nicely.

As long as they got their work done all he cared about was not being bothered so that he could spend long afternoons napping under the trees of his estate.

But sadly her life was still very hard and this was mostly due to the other servant girls that she worked with.

They were constantly bullying and teasing her because since she came from such a faraway place her eyes, hair, and skin looked very different than theirs. The light skin on her face burned easily in the fierce Egyptian sun and the others made fun of her, giving her the nickname ‘Rhodopis’, which means red cheeks.

The name stuck and she was known as Rhodopis forever afterwards.

But even worse than the teasing was the way the other girls would make her do all their work when the merchant was asleep under the tree each afternoon. She had to do five times more work and only got more yelling and teasing in return. 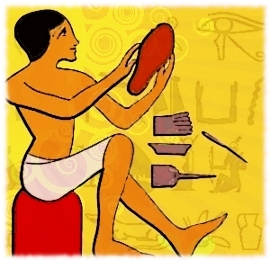 None of the other people in the house would be friends with Rhodopis because she looked so different. So the only friends that she had were animals she’d met while doing all the extra work, like going down to the green waters of the river Nile to wash clothes.

But it made her happy to be around them. She’d always be sure to have bread crumbs ready for the birds and bits of food for the other animals that would congregate around her.

Sometimes if she had the time she’d even put the basket of clothes down for a bit to sing and do little dances to entertain them, twirling and moving her feet so fast that it looked like she was floating on air.

One day while she was singing and dancing the old merchant woke from his napping under a nearby tree and was astonished to see Rhodopis looking like she was dancing on air.

He hired a shoemaker to make a special pair of slippers especially for her because he thought that someone who could dance that well should have special shoes to dance in. The slippers had comfortable leather soles and were beautifully decorated with the finest colors. 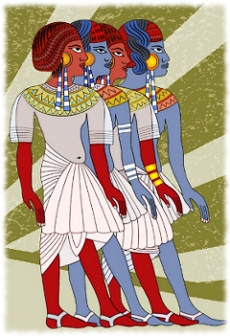 Well, when the other servant girls saw Rhodopis wearing these beautiful new slippers they burned with jealousy and set out to have their revenge on her.

So it was that when the merchant decided to travel to the court of the Pharaoh for a celebration, the other girls told her that she couldn’t go unless she finished the chores assigned to her.

The problem was that the list of chores were impossibly long, and just the pile of dirty clothes alone would take a whole day to wash.

The girls knew that this would be the best revenge to take on Rhodopis because she loved music and dancing, and had her heart set on hearing all the lovely music and dancing at the Pharaoh’s celebration.

She was at the river, not even halfway through the washing, when she saw the boat with the merchant and the other servants float away.

A THIEF FROM THE SKY?

Rhodopis’ heart was broken and though the animals congregated around her as usual, she didn’t have the heart to sing a happy song for them that day. All she could manage was a sad one that told a story about endless days by the river, washing clothes. 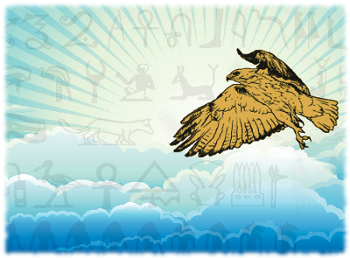 One of the animals that had congregated around her was a hippo, but he didn’t like the sad song at all and jumped straight back into the water, splashing river water all over her slippers and getting them soaking wet.

She took the slippers and put them in the sun to dry and went back to her washing. All of a sudden she saw a falcon fly over her and swoop down to one of the slippers, snatch it up into it’s beak, and fly away!

Rhodopis was shocked and very sad to lose one of her prized possessions. She tried to look on the bright side of things though, in Egypt at that time falcons were believed to often be the Egyptian god Horus, and she tried to comfort herself by thinking that mabye Horus needed the shoe more than she did.

But…she couldn’t be sure about anything and when she finally was done with the washing tucked the other slipper into her dress and walked back to the house, barefoot and broken hearted. 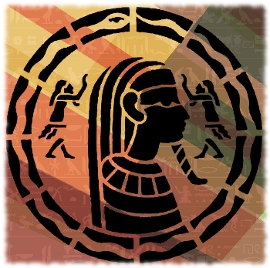 Meanwhile in the capital city of the kingdom, Pharaoh Amasis II was sitting on his throne and feeling like life couldn’t get any more boring.

He was stuck at the celebration having to sit there and look regal while everybody else celebrated down below, feasting and dancing to the music.

So to pass the time he was trying to pass the time by letting his mind drift away to another place when the strangest thing happened. A slipper dropped out of the sky right on to his lap and a falcon landed deftly next to him.

Pharaoh Amasis was ecstatic because he knew that this falcon could be no other than the god Horus, bearing a message about who his queen should be. But who could this colorful slipper belong to and how could he find out?

He had everyone at the party checked but no one was missing a slipper. So he gathered up his entourage and jumped into the royal chariot, slipper in hand, to try and find out who it belonged to. He went from house to house having all the women try on the tiny slipper…but none of them could fit their feet in it.

By the time Pharaoh Amasis arrived at the place Rhodopis worked at it had been quite a while. In fact, the old merchant and his staff had long left the celebration and were pulling their boat up onto the shore.

THE SLIPPER THAT DIDN’T FIT

Rhodopis had been doing some more washing by the river but had hidden in some bushes when she heard the horses of the Pharaoh and his entourage rushing down the road.

When the other girls were called over to the Pharaoh from the boat they saw the brightly colored slipper and knew immediately that it belonged to Rhodopis. But they didn’t say a thing. Instead each one of them made a ridiculous scene trying to force their feet into the slipper. 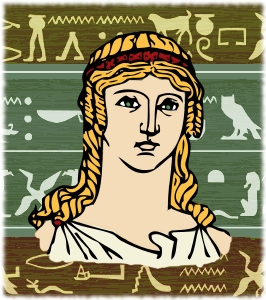 Pharaoh Amasis wasn’t fooled though, and was hopping back into his chariot to go on the next place when he spotted poor Rhodopis hiding in the bushes.

He asked her to come over and try on the slipper, and with astonishment saw that it fit perfectly. He practically jumped for joy when she pulled another slipper out from her dress pocket, it was a perfect match and he had found his queen.

When the other girls heard the Pharaoh exclaim in happiness they ran over and blurted out that she couldn’t be a queen because ‘she’s only a slave girl and not even Egyptian.’

To this Pharaoh Amasis only laughed and calmly said ‘Why just look at her eyes, how can you say that she is not Egyptian? She is the most Egyptian of all, as her eyes are as green as our river Nile.’

And with that he extended out his hand to Rhodopis and helped her up onto the chariot. They rode off together down the road to the palace and never went back there again.

The weirdest part? Turns out that the Rhodopis Cinderella story may have been based on a real person.

A woman from Greece named Rhodopis lived during the time of Pharaoh Amasis II, was good friends with a Aesop the storyteller, and is said to have become one of the queens of Egypt.

I haven’t seen enough evidence to convince me just yet, but it’s still a fun thing to think about. Plus… what do you think the real Rhodopis would have thought about the story we tell nowadays about Cinderella with the fairy godmother, glass slipper, and all that?